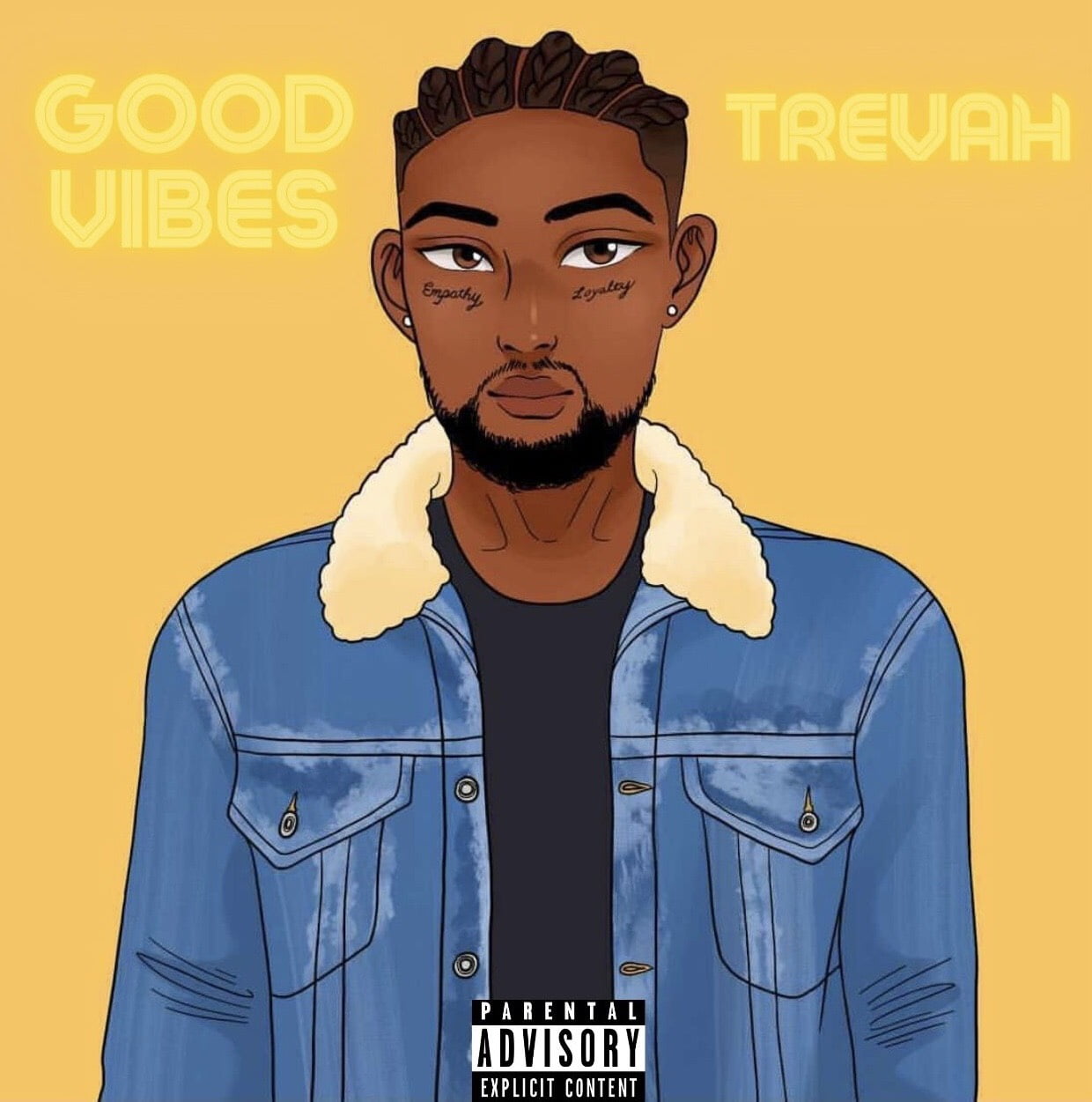 22-year-old rapper, songwriter and record producer based in Ottawa, Canada, known by the stage name of Trevah. He raise from the National Capital Region Ottawa, Canada but with a distinct Southern flair, rapper Trevah lays his introspective rhymes atop melodic trap beats resulting in a hybrid form that has captured the ears of both regions. The MC broke through in 2020 with a single “Ballin” with over 20,000+ streams.

After releasing singles for all of 2020 Trevah really started to catch a buzz with his singles “Do It” and “ Villain” Trevah’s social media following and streaming started to grow exponentially.  He is influenced by artists such as Drake, Future, Speaker Knockerz, and Young Thug (as well as the stylings of and New York drill), Trevah began recording in his bedroom at the age of 16, honoring his family’s writing roots.

His latest release GOOD VIBES is now available on all streaming platforms. The audio takes us to Ontario, where music is hidden from most people’s radar. His track shows sentiment to many who are on the grind to reach their goals. Trevah is bringing authenticity and energy back in such a negative music industry.

Trevah’s recording/creation process is unique in itself working on pure vibes, whatever he seems to have in store for 2021 will be an expression of his purest emotions.

Look out for this following year to see Trevah’s big breakthrough, starting the year off with the release of his GOOD VIBES EP.

To know more about Trevah and his music, check his profiles and follow him on his channels at the links below: