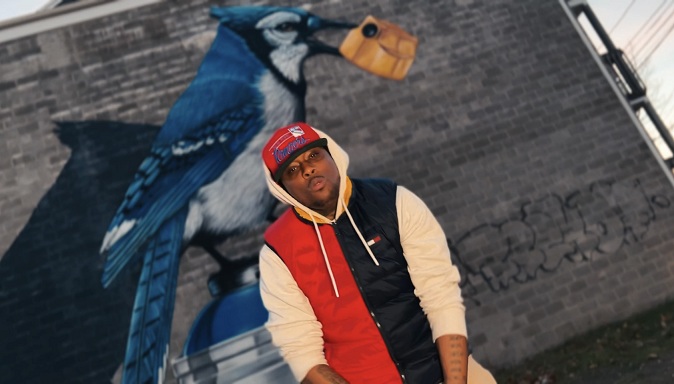 2 different genres of music in one studio. Composing one song. Run DMC & Aerosmith did it. Ice Cube & Korn did it. Jay Z & Linkin Park did it. Now it’s Foxx (Michael J Foxx) & Sonic Detour to pave the way. The Yonkers, New York native now located in Moncton, New Brunswick
secured a unique collaboration with Saint John, New Brunswick Metal Band Sonic Detour. The record Truce is something you don’t hear everyday and needless to say this sound is different and more is needed.

The makings of “Truce” killer Production by Darkus, Jason, and Nikki (Sonic Detour members) along with Goose (Lead Singer of Sonic Detour) dropped a epic hook on this collaboration. Last but not least,Foxx. Getting a chance to showcase my skills vocally, lyrically, and as an audio engineer. Together we made a BANGER.

Michael J Foxx is the founder of the independent label Just One Mic Recordings Inc., based in Moncton, New Brunswick, since 2019. Throughout his professional career, the musical artist known as Foxx has opened tours and musical performances alongside prominent artists such as Wiz Khalifa, Cali Swag District and Lloyd Banks, among others. Foxx’s most recent performance has been at Summer Soulsa, an Afro-Caribbean-Latin music festival in Fredericton, New Brunswick.

Foxx is virtuoso with many genres and styles of music, but his style is deeply rooted in hip hop, a genre with which he has released several works, including seven albums, multiple mixtapes, numerous collaborations and features.

Foxx has released more than 250 songs in the last 24 months, and more than 65 music videos, which has put it in the spotlight of the best reviews. Foxx’s songs are loaded with deeply meaningful, clever wordplay, and varied rhythms.