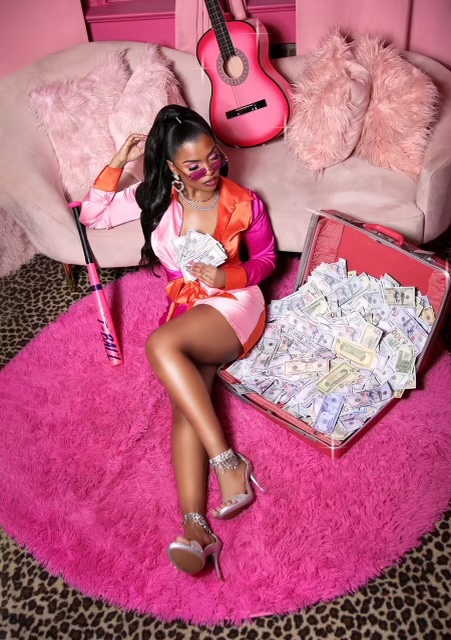 Rising Artist Ariee (Ah-Ree) was born and raised in New Orleans, LA. She began singing in church as a child, at St. Maria Goretti under the direction of Frank Richard, Dawn Richard’s father. Ariee then began to do talent shows to showcase her talent. Ariee ended up starting her music career singing background for Mystikal, Trombone Shorty, Kermit Ruffins, Troy Laz, & Glen David Andrews. Ariee finally decided to step out of the background and began to write her own music. She put out her first official single, Still In Love then followed with her first two EPs 8 & 8 The sequel. Ariee has performed at many venues such as Essence Festival, Jazzfest, French Quarter Festival, Lincoln Center in New York, & a whole host of other venues around the country. In 2018 Ariee went on tour where she hit the DMV areas and Chicago. She is still pushing & has continued to release singles, Fiya & Fiya the remix featuring Choppa Style. Ariee is working on releasing more music and growing as an artist. We got to connect with her & ask her a few questions about her come up & her new single “Sugar Daddy” dropping soon.

Describe how this single came about?

“Sugar Daddy came about as I was working in the studio with Monsta Beatz. We were trying out a different style track than I typically did. He made the track in front of me, and I kept thinking that this was a super fun vibe. I couldn’t hear myself really singing on it, so I started to kind of freestyle. If you know me, I’m always joking about having a Sugar Daddy so I decided to explore the topic and describe what that would look like.”

What are some things that sets your style different from other artists?

“What sets me apart from other artists is my versatility. I don’t like to be locked down to one specific genre. I like to try them all, whatever I’m feeling from the track will be written and explored.”

When you were putting this track together what was the target audience you had in mind?

“My target audience for this track was women/men from 18- 35 because what woman wouldn’t want a sugar daddy lol.”

What are some reasons you would say this track would be a go to listen?

“People should listen to my track because it’s a bop. The actual track is bringing a trap element that will win and the hook is catchy and it’s a feel-good/ fun song.”

“I just signed on with Equity Distribution to release my entire project. I have more shows lined up, I’m working on more music, and I have a few more single releases in the works.”

Be on the lookout for Ariee & her new single “Sugar Daddy” dropping next week! If you are interested in staying tapped in with Ariee be sure to click her music/social media links linked below.

Rising Artist WESTSIDESOLO New Song “AnotherLoveSong” Is A Must Hear