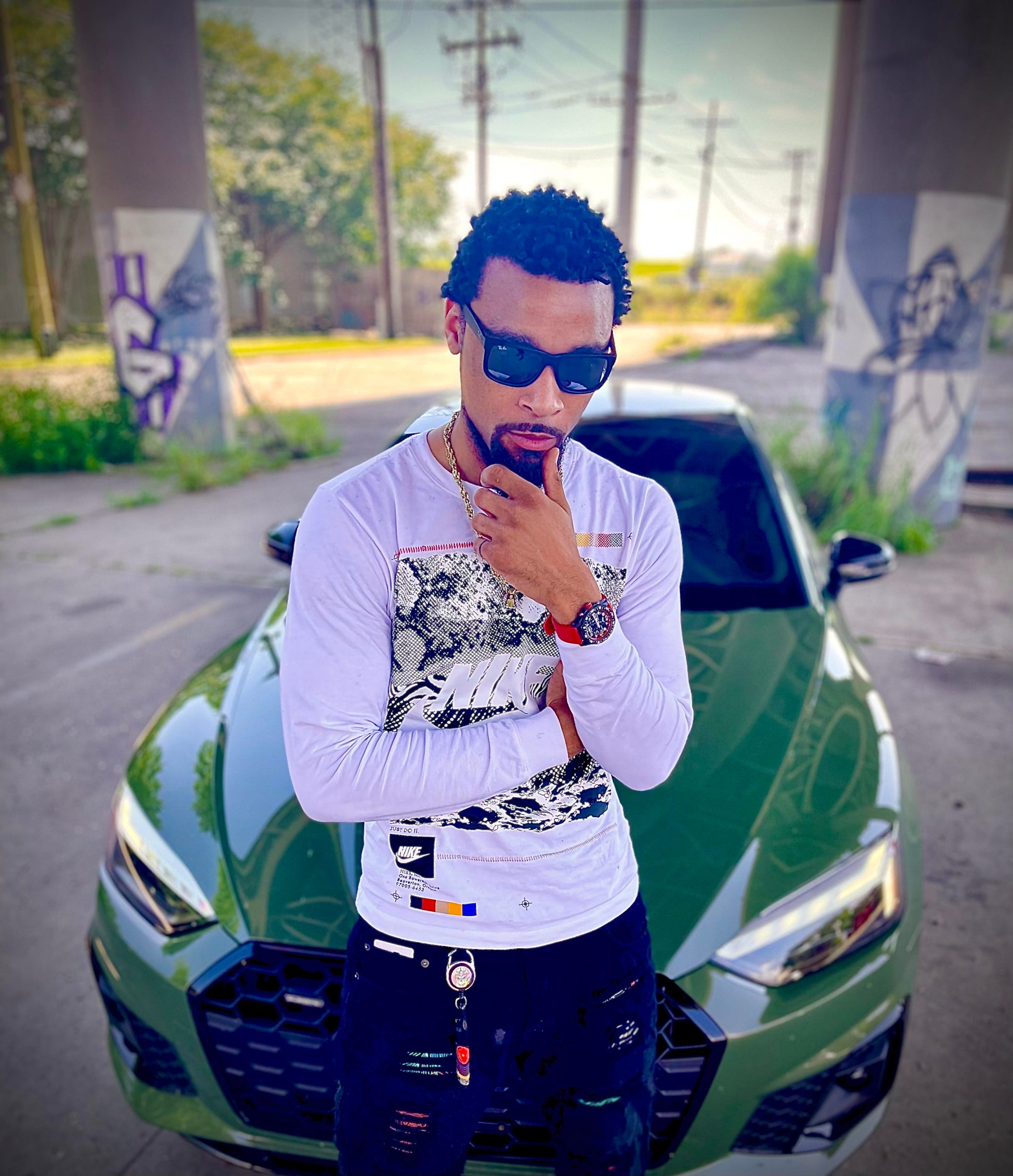 1.5k
SHARES
ShareTweet
TeeDirty is an up-and-coming artist from the streets of Houma, Louisiana- a small town 35 min south of New Orleans depending on how you drive. His grandparents and the older folks in his family called him “DirtyShirt” because he stayed with a dirty-ass shirt no matter what. He is from the Dirty South and his friends call him Tee so that’s how he got his name. TeeDirty is a very gifted artist who’s here to stamp a name for himself in the music world and deliver a message, as many people can relate to what he has to say. From melody to lyrics to storytelling and delivery, he will keep you hooked and make you want to keep listening. TeeDirty grew up where welfare and poverty were fluid, he and his siblings had it just as hard. His sister died on April fools day, and another one was born with cerebral palsy and was burned in a house fire but she survived and is still living. He also would get teased as a kid because his family didn’t have much. His oldest brother was born with a disadvantage as well because he couldn’t read or write, could only spell his first and last name, and was in and out of group homes, so he wasn’t around much for most of his life. That’s where music became his first love, growing up on Cash Money’s HotBoys and Lil Wayne, but didn’t get fascinated until a local guy by the name of Frank Banks would have rap contests at his house on Truman St . That’s when he listened to guys like BMitch, DaFada, James Price, Houmacide,  hushaholic and a whole other list of influencers. He liked the music and the hustle they put behind their work. That’s how he learned how to hustle and grind, by watching those guys that were out there doing it, at least that’s how he saw it. They were famous in his eyes. When asked what other influences he has for the sound, he answered “ I honestly don’t know who I sound like or I don’t wanna sound like anyone because that’s what makes me different” I have a single out called “ different than yours” out on all platforms but that song gives a Lil bit on what’s going on in my head, the expression and what I talk about is really how I feel..”  I take all of my experience from my childhood to the streets to spiritual aspects of my life to being able to give insight into who I am as a person, that’s why its part of my fabric music is my obsession and I love it, I see myself on stage with the best and I will strive for greatness no matter what”. TeeDirty is making some noise amongst the Hip-hop community and so far, we love what we hear from him, and you will too! He has been on music reviews and came in the top two for back-to-back days in a row, this is just the beginning of something special! Be on the lookout for the video shot by David G “Money Power and Respect” Ft. Lew Kangg, He has special guest appearances from @mariodacomic and @Grasa100 for a comedic twist. If you want to know more about TeeDirty, follow him on IG @TeeDirty_official. “I’m not rich but when I get it, I will remember the people that stayed with me through it all” TeeDirty . Also Read: https://redxmagazine.com/joshfromync-jo-jo-simmons-give-artists-a-platform-to-be-seen-heard/