Worldisgualaa Is Motivated By His Upbringing, Struggles, and Love 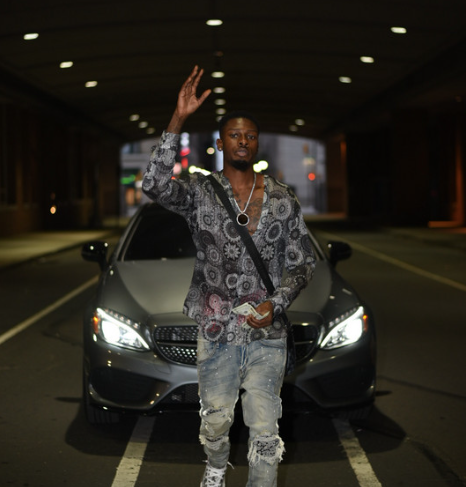 Worldisgualaa is an artist who is the next big thing in music! His name has two meanings split up that he combined and put together. World, the team, the brotherhood, and Gualaa is who he is today, someone who loves to hustle and does business to elevate the family. He has many goals that he would like to accomplish such as performing on some of the biggest stages, winning awards, and getting on Billboard. Through achieving this goal, he also hopes to become an example to his listeners and demonstrate that if you work hard, everything will work in your favor.

When asked what he is most proud of, Worldisgualaa responded “I’m most proud of how I’m learning different flows and my sound, I feel like my sound is like no other so that’s really special to me because nowadays everybody wants to sound like somebody else.”

Worldisgualaa is motivated by his feelings, his past experiences, where he comes from, his struggles, and his love, or he could just get into the studio and hear a beat he likes and just follow the beat’s vibe. He goes on to say that his style changes heavily, that if one goes to one of his old music from 2020, it is way different from, “5am in Miami” which is the single he just dropped and he feels as though he has found a new him. You can find the song on Worldunitiedtv on YouTube and all platforms under Worldisgualaa. Be sure to keep up with the latest updates from Worldisgualaa by following him on all his social media platforms!