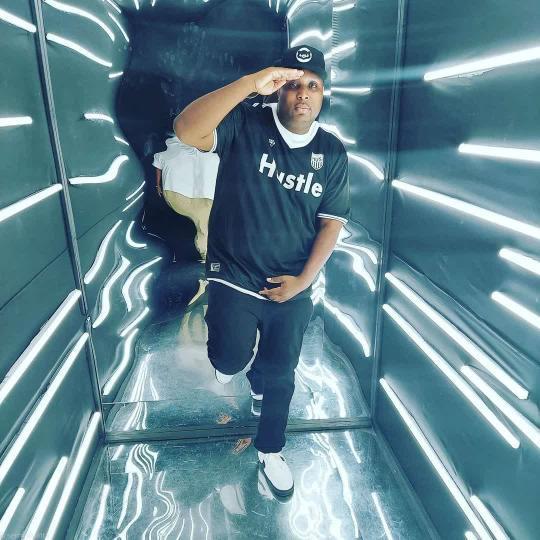 Alex Dover a.k.a. Young Sauce Da God is an independent artist from Atlanta, Georgia whose name has been slowly becoming a powerhouse in the underground music scene. Now he is cementing his place as one of the best new lyricists with his hit new single called “All I need ft. Semi Sinatra”. His eyes are set on the top and many are on the lookout for him this 2022.

Looking back to the past

Alex Dover started his music journey by forming a group called Push up Boyz with his 2 friends when he graduated High School. This group has taught him the value of hard work and surrounding himself with the right people. It paved the way for him to flourish as an artist and learned a lot about music production. With the support and love from peers and family members, the group became an instant success. They have been known as one of the best performers in the local music scene in Ohio and delighted the community with vibrant and no-nonsense hip-hop music. In 2011, the group decided to disband and pursue individual goals as an artist.

This allowed Alex Dover to rebrand himself as a solo artist and took the name of Young Sauce Da God whose main goal is to be the best musician he can be. For the last 2 years, his name has been heating up in the underground music scene performing on different venues and shows. He even opened up for some of the biggest hip hop names including Lil Wayne, Future, Da Baby Meek Mill, and Fabolous. Now his name is being heard around the industry and has started to make a reputation as one of the rising artists to watch out for. His debut album titled “Back 2 Da Basics” has reached more than 200k streams on Spotify. This is a testament to his versatility as an artist making songs that give a real connection to the hearts of his fans.

Looking deeper as an artist

Young Sauce Da God’s creative process is unique to other artists. He creates his songs while driving. This artist definitely gets a lot of inspiration from witnessing life in a personal manner through driving and this helps his creativity to expand furthermore. Just like driving, everyone needs a break sometimes. You get tired of doing something for a very long time. So Young Sauce as an artist implores techniques on how he recharges himself. He makes sure to take a break and clear his mind of all other things that might distract him. Just like in driving, you need to be focused on the road to reach your ultimate destination. These ways keep him grounded and remind him of the reason why he is pursuing a career in music.

Going solo as an artist is not an easy decision to make. It requires grit, faith, and a tremendous amount of hard work. Young Sauce Da God recognized the struggles he faced when he was just starting out to make a name for himself as he shared,

“The greatest challenge I faced so far in my career, I would have to say, is transitioning from a group to solo artist.”

This is why he took the time to continue honing his craft and building his brand as an artist. All this became fruitful after quite some time as he started to create music that slowly made him one of the best underground artists to watch out for this 2022. His new single “All I need ft. Semi Sinatra” has been an instant radio hit and it is definitely a song that is worth a listen. To learn more about Young Sauce Da God’s journey through his Instagram and Youtube Channel.