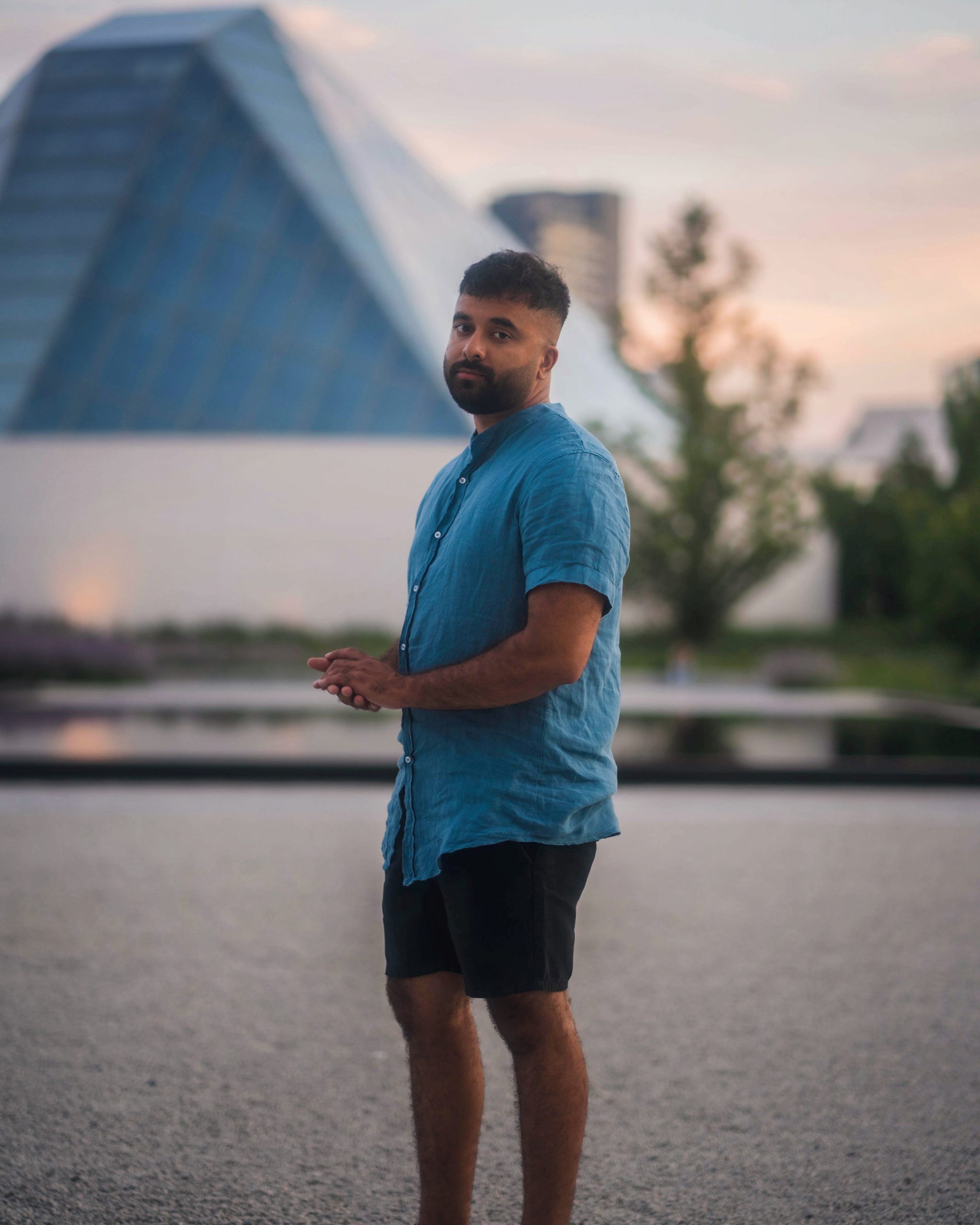 Zaeny, real name Zain Malik (born June 22, 1998), is a Canadian pop singer/songwriter from Mississauga, Ontario, Canada. He has built hype around his name through the world noticing his creative talents. He released his debut single ‘So Fine’ on February 1st of 2022, and it immediately started taking off. Influencers with over 7 million followers had already started making videos using his song ‘So Fine’ reaching over a million people within the first week of the song’s release; showing a promising career.

Zaeny was born and raised in his hometown Mississauga, a city in Ontario, Canada. Growing up Zaeny always wanted to sing and play the guitar. When he was 10, his dad bought him his first guitar. But it wasn’t until Zaeny’s junior year of high school that he learnt to play the guitar properly. Zaeny’s education was at Stephen Lewis Secondary School for high school. He was also a part of a band during his school years, he started as the drummer in the band, then moved to bass, and finally the guitar. Zaeny played many shows around The Greater Toronto Area. Around this time, Zaeny got himself into singing and recording vocal covers. He ended up leaving the band 4 years later to attend University. In 2016, he attended the Interactive Multimedia and Design program at Carleton University in Ottawa; which is the capital of Canada, later transferring to Seneca College. Throughout university and college, Zaeny was still actively singing and recording vocal covers. Several years later, 2022 stamped the year that Zaeny officially releases his very first song, ‘So Fine’.

2022: Career Beginning and release of debut single ‘So Fine’

Early 2022, Zaeny announces to all his fans that we will be releasing his debut single “So Fine” dated on Feb 1st 2022. The singer’s first song had been written in his bedroom at 3 am. The project had been in the making for about a year. Zaeny wrote the song about being with that one person that makes you feel “So Fine”. “Whether it’s walking with them, talking to them, thinking about them, hearing their voice, anything… You just feel so calm and at peace.” explains Zaeny

‘So Fine’ was recorded in Ontario, Canada where the singer resides. Zaeny had brought his demo over to Adil C’s studio to have the song assessed and recorded. With the help of Werley Bird Studios, Adil C, the Gudwin Community, and more talented studio geniuses the song had been polished successfully and out of the studio late 2021–ready for release.

On February 1st 2022, the first few days of Zaeny’s song release the tune immediately took off grabbing listeners all over social media. Reaching over a million people within the first week on Tik Tok and fans searching him up all over Google, Spotify, YouTube, and Instagram. With streaming numbers being so high at such an early stage of his career, Zaeny has also announced that official merch is now going into progression and that is something fans will be able to experience in the near upcoming future.

Zaeny’s vocals are in the category of low-mid tenor. As a young singer Zaeny ranged in the mid-high tenor section. As Zaeny progressed as an adult singer, he sings in the ranges from

baritone to mid tenor. His singing style originates from the vocal influences of Jeremy Zucker and James Arthur. In 2019-2020 he had vocal coaching with Trina Langhorne (from Ottawa, Ontario, Canada). She has also taught Zion Kuwonu who sings in the boy band PRETTYMUCH.

In past interviews, Zaeny has stated that he has trouble focusing; sometimes will immediately forget melodies just after writing them, and he also suffers from Anxiety Disorder. But he says he does not look at these as negative features, he believes that they may have contributed to his creativity and made him a better person.

Zaeny (Zain Malik) is a muslim; a person who practices and/or follows islam. Zaeny has also stated in the past that the power of positivity and manifestation is incredible. He wants people to follow their dreams and do what makes them happy.

Follow Zaeny to see what he’s up to next –