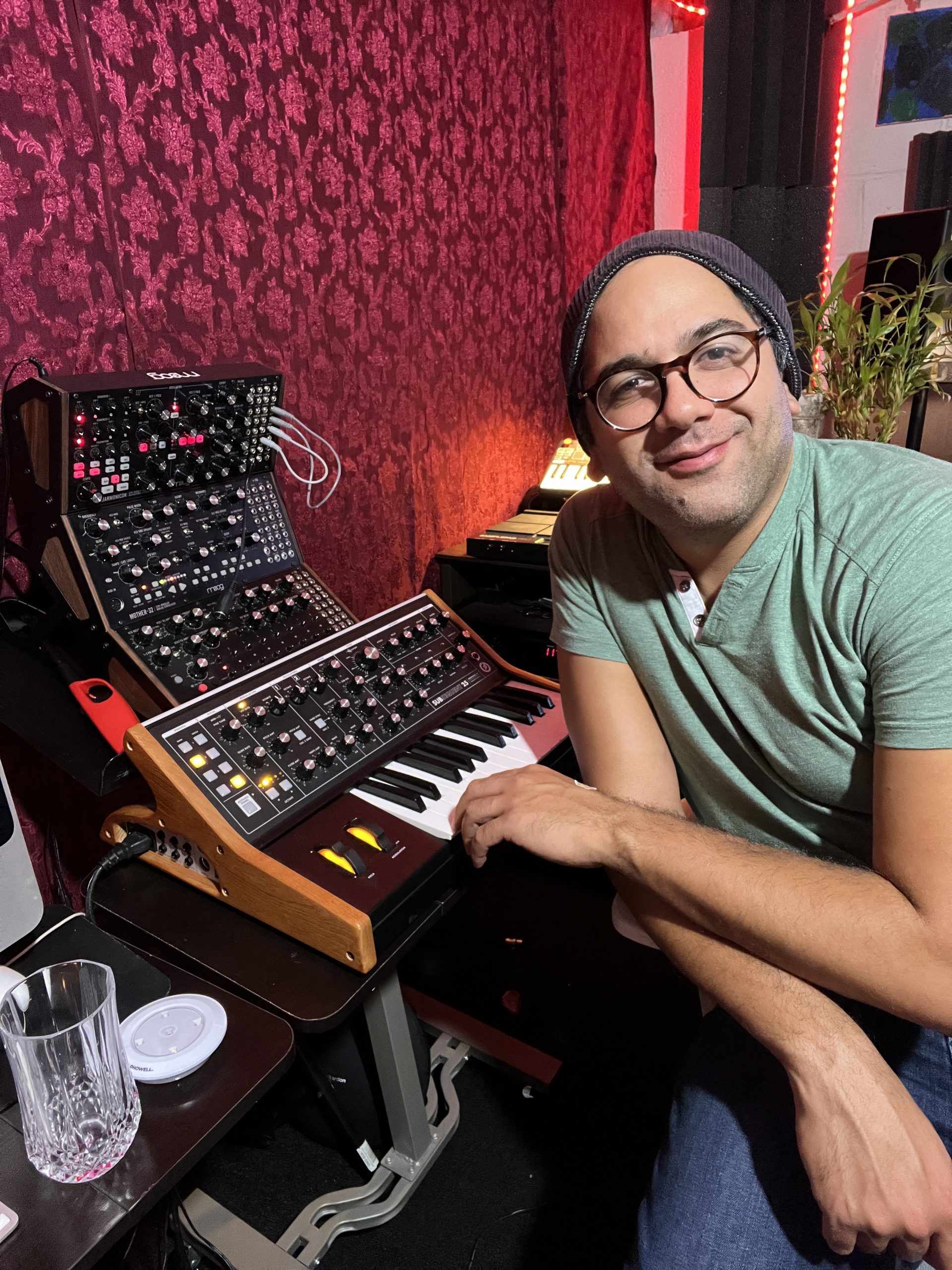 Question: Welcome Anthony to Red X, I was so amazed at your Exodus project, Deliver Us and The Plagues Latin Symphony. Such a great time to listen and enjoy the latin flavors in these soundtracks. How did you feel after releasing this soundtracks and hearing them live on all music platforms?

Anthony: First of all, thank you for taking the time to hear my rescores. I felt great hearing them on all platforms. Its a new season for me all around. These two soundtracks have introduced me to many people in the industry. Just a few weeks ago “Latin Adventures” came out. This is a 8 soundtrack album for Music Publisher Squirky Music. Just a result from people listening to my Exodus project.

Question: Wow! I see you worked with some notable engineers on this songs, how did it feel working with Jake Jackson that actually took part in the original The Plagues from Prince of Egypt?

Anthony: Jake was so great to me on this project. I learned a lot from his videos with Spitfire Audio, and the little time we spent on Zoom talking about the mix of The Plagues. As a Latino I wanted to just step away from the conventional route of producing latin music. I told Jake to make believe this was done at Air Studios. Of course, can’t compare the original recording to my rescore. But I just loved working with Jake.

Question: You also had two Mastering engineers working on this, John Webber and Luke Pimentel. According to the info online, this is correct? How was that process?

Anthony: Yes! John another great guy. He actually mastered a few soundtracks for me, but the most special one being Deliver Us. He did a phenomenal job that! Luke also has worked on other soundtracks for me, he mastered The Plagues and added the final pump to Jakes mix. These experiences are priceless and has opened a few doors for me.

Question: Great! Well I must admit due to these latin remakes, I actually saw the movie Prince of Egypt. I want to thank you so much for steering me on that direction even though you weren’t aware of it.

Anthony: That’s awesome. You know, I’m getting a lot of that since both songs came out. We love Prince of Egypt movie at home. I hear that whole album a couple of times each month. Just amazing music by great composers including the great Hans Zimmer.

Question: There were a few composers that I could have picked for this HHM, and you have a unique touch to music. Although they are only rescores, they sound as if it’s part of the movie. How did you keep it almost the same?

Anthony: I’m truly honored for that. Thank you. The primary goal was to have the latin aspects work with the original score. I recorded the what was on the score chart and whatever wasn’t accessible to me, I had to play it by ear. I took my time with it. At the end, I focused on the latin stuff. Both rescores took a while to finish since I wasn’t in a rush.

Question: Talk to me about the percussion?

Anthony: That was one of the fun aspects of the recordings. I worked with Caliche Sabogal from Colombia on the percussion arranging etc. It was all about trust and I gave him the free will to create the best possible rhythms for the songs. Obviously the songs weren’t create for latin music.

Question: Singers on The Plagues, who are they?

Anthony: Family friend Aaron. Talented young man that sang Ramses part. He came to The Writing Room (My studio) and nailed it! Jack Rabbit is another young man, that lives out of state and recorded his part from his home studio. It was very emotional singing these parts. These young men did a great job in getting into character for the song. Also, singing it in latin style.

Final thoughts: It was fabulous chatting with you about the Exodus project. I personally love what you did, and it’s the only latin music on my playlist. Watching movies like Encanto, Vivo and others that also have the latin music, sure gives great pride to all latinos around the world. Me being a music love, your execution of these songs, you kept the same tones and color. Very close to the original. I look forward to hearing more from your music Anthony.

Anthony: Many thanks to you for having me here to talk about my music. I am excited about what the future holds. All in Gods hands.

How to Make It in the Music Industry in 2022? Hear It From the Connoisseur, TRAK