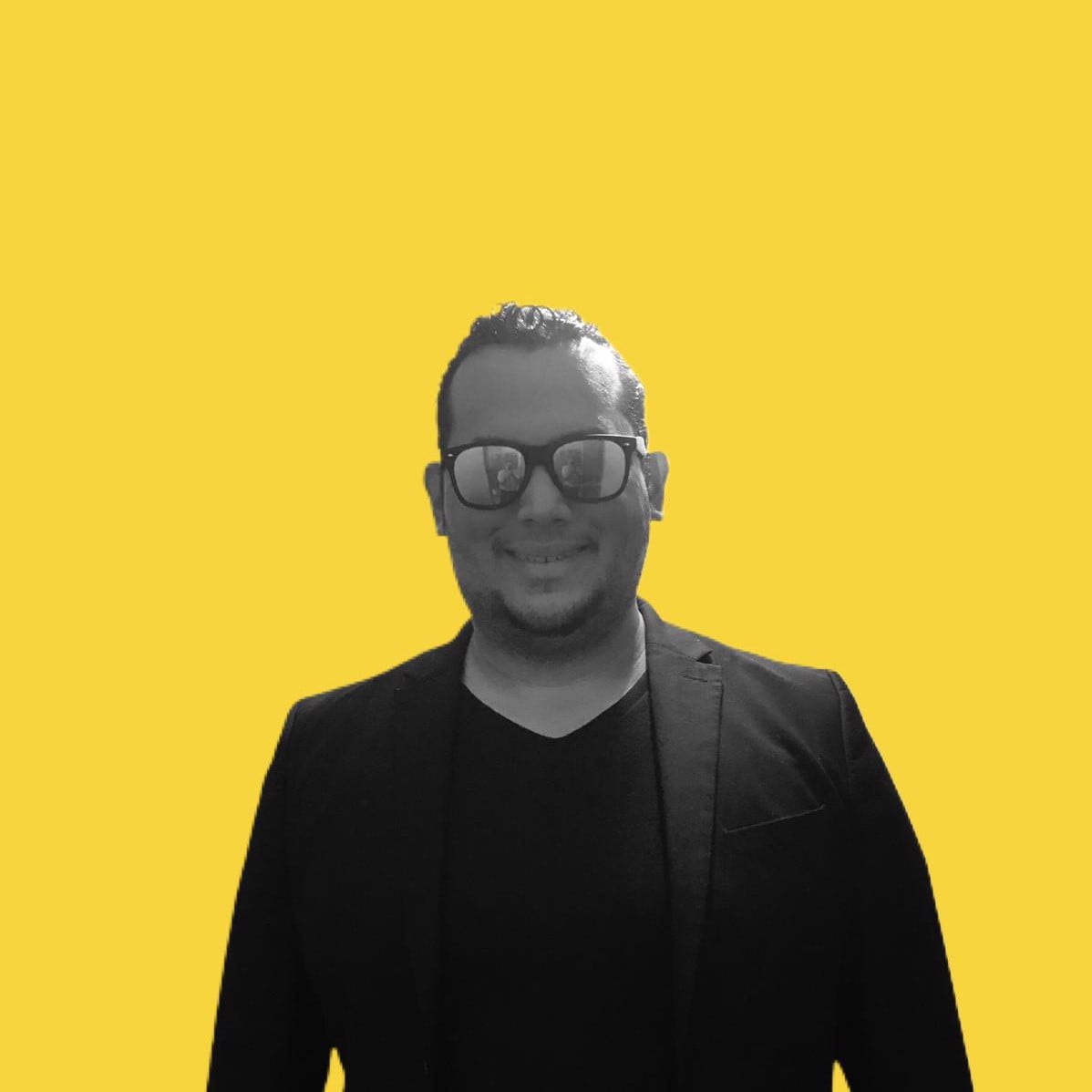 Besides being a husband, and a father of two lovely boys, Luis Jorge Rios is a real estate investor in America, press and media entrepreneur, and a TEDx event organizer. Before he got into the business world, Luis spent a decade working in the US Army, where he was deployed for active service in Iraq and Afghanistan. These ten years brought him face to face with death many times, but his life in the army shaped him into the man he is today.

Fresh out of service and with no experience in business, Luis decided to hit the ground running. He chose the self-development route, taking on a college education and later on accidentally tripping into sales.

“I like to think that sales chose me,” Luis comments.

This is not far from the truth, because he was able to dominate the industry and close high-ticket sales using the skills he had learned from military intelligence and training, as well as by reading lots of books.

In only eight years,  Luis Jorge Rios has worked with non-profit organizations, global influencers, and entrepreneurs such as Mark Cuban. David Hasselhoff, among others. With this, he has been actively establishing his footprints in the press.

The Mentorship that changed narration

Not many people ever get the chance to sit with top players of the billionaires and millionaires club. Luis is one of the lucky few. He once worked for an organization sponsored by the Mark Cuban Foundation, and through that engagement he met with  Mark himself brain multiple times. Seizing the opportunity of Mark’s generosity to veterans, Luis was able to have conversations with and get mentoring. This was a major step that propelled him into his work in press and events, such as TEDx. Luis now prides himself on taking on anyone with passion and driving them to high levels with media coverage and speaking opportunities.

Next Steps for a Greater Future

“Entrepreneurship is very similar to battle. You need to have a clear purpose, plan, and executions. Even though there are always going to be tough times on your journey, understanding your purpose and mission in life is crucial. Also, it is essential to have a positive mindset and be grateful in life.”

Luis’ active approach to building impact is hard to miss and he was recently featured in Yahoo Finance among the top business leaders driving positive change in their industries. He also has  published work on Disrupt Magazine, Medium and Yolo Daily

He has worked hard to grow in entrepreneurship, just as he did on the battlefield. Luis has a very rare gift of intuition that makes him a formidable entrepreneur. This uncanny ability to instantly spot talents in others and help them to reach new heights has made him one of the most sought-out talent agents. Luis believes his purpose in life is to elevate people through service, coaching, and media.

Connect with Luis to learn more about his work.

Aadi Bhanti – The Genius Entrepreneur You Haven’t Heard About 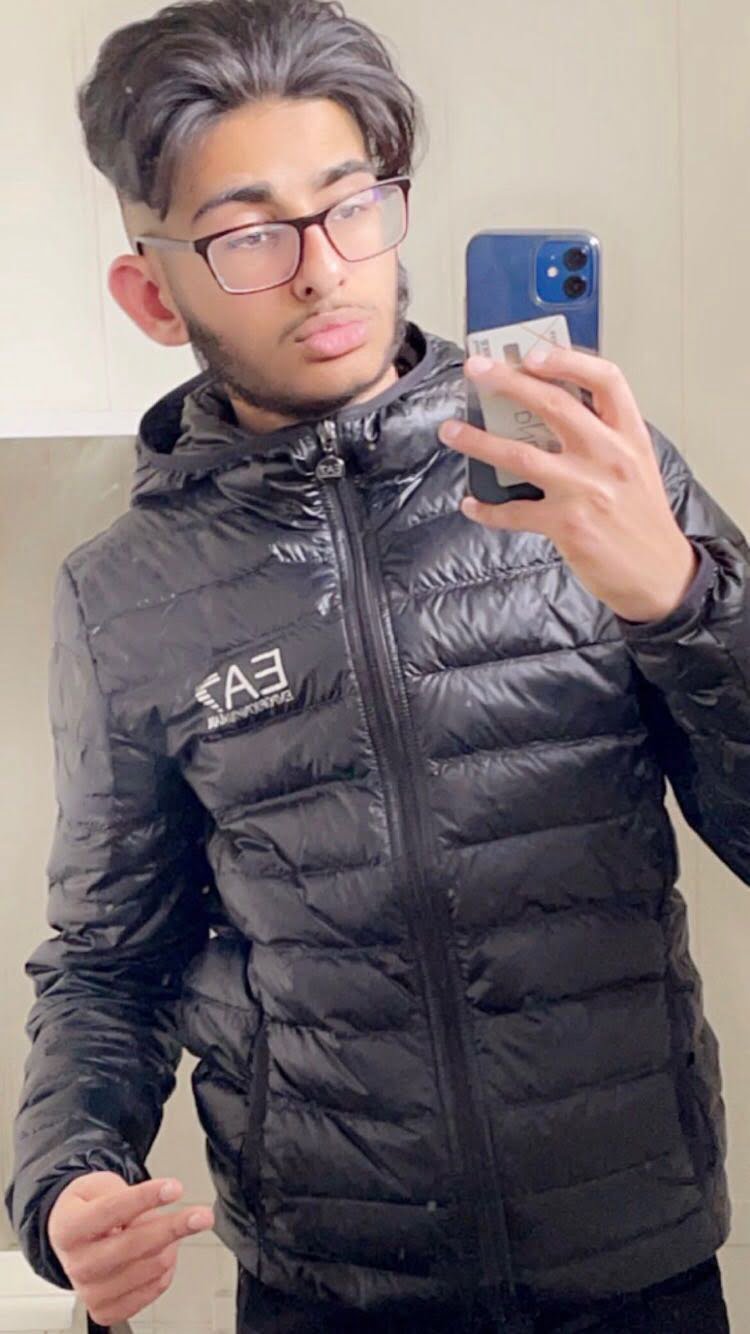 Nobody becomes successful overnight. It takes time, effort and dedication to be on top. While the stories of success differ from person to person, nowadays, success is no longer limited to people of age. That is especially true in this digital era as we start to see different people becoming well known in their industry at a very young age.

For Entrepreneur Sahil Shafiq Jaskani, this can not be any more true.

How he got into Social Media Growth

Sahil Shafiq Jaskani was born in Norway with a Pakistani roots. Being 14 years old, he can be categorized as part of the Generation Z. But even though Sahil is still very young, his expertise in the field of social media is certainly mature for his age. You don’t often hear stories of a 14 years old dominating the social media platforms and that is something that Sahil has been doing since he was 11 years old.

“I started at a young age by making instagram pages and growing them by only posting. These pages didn’t make it so far, but i just kept it up. Later I found out about Snapchat and made my first page @LOLZ which is now approaching over 1,000,000 subscribers.” he said.

Instagram might be the first platform that Sahil ventured in but it is certainly not the only platform that he knows how to grow. At first, nothing seemed to work with his Ig pages but through consistency and drive to research and try new things, he eventually learned the secrets of growing a social media account. This is what he applied in his Snapchat accounts. He learned that people are different in terms of their interests and creating multiple pages will allow greater saturation of the market. As of now, all of his pages have a combined of 4.5 Million subscribers. That’s a lot of people who follow what Sahil does into his accounts and he did this at just 14 years old.

Sahil at this age can be regarded as the youngest to be able to do it in today’s era. His brilliance in his craft has allowed him to earn money that can only be imagined by people who are older than him. He attributes his success with his dedication to grind daily in achieving his goals fast and expanding his knowledge in the field he is in. He also attributes it to the large network he accumulated with the quality of work he is doing and that is certainly valuable in this era where marketing is no longer done through traditional but rather pursued through digital. He has been one of the most successful in growing social media accounts.

Even at the current position that he has in the industry, Sahil’s hunger doesn’t waver one bit. Right now he is working on a goal which is growing his accounts to reach a network of 10 Million followers. He has 4.5 Million followers on Snapchat and he wants to double that this year. Imagine having 10 Million followers that you can market your products and services to. That’s a lot of traffic that can be generated through Sahil.

When asked what principle he has learned in his young journey to success he said, “Consistency is the key to success”. That is definitely true and something that everyone should learn from Sahil. He also shared what he thinks is his edge to the competition to which he humbly said, “My network is much larger than most, which puts me at the top of the game.  Thus, I can grow new accounts extremely fast and build myself bigger”.

To learn more about Sahil Shafiq Jaskani, head over to his Instagram. You can also check his Snapchats accounts which are Public Personal Snapchat, Biggest page, and 2nd Biggest page. 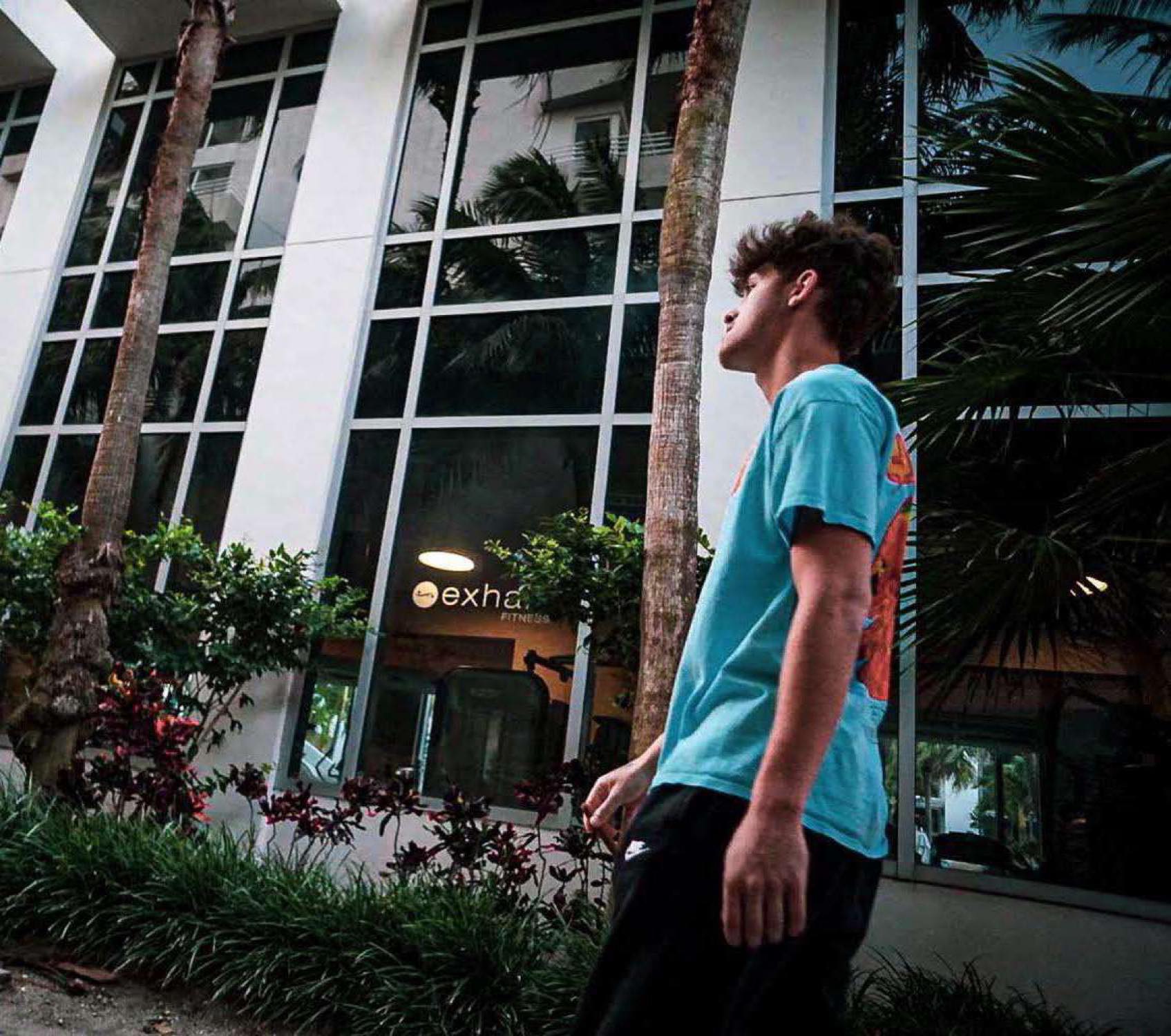 Collin Sherburne, a 19 year old entrepreneur from Wareham, Massachusetts, has created quite the name for himself. Back in June of 2016 at the age of 14 Collin faced Bacterial Meningitis and an Abscess on the brain. During this battle he had 2 EVD’s placed in his head and 4 total brain surgeries within 2 months. With a 4% chance of making it out of that alive with serious long term effects and a 96% chance of death, Collin found himself the most positive person in the room through that time, saying he will be “just fine” and “everything will be good” to Friends, Family, and even Doctors. Sherburne was able to go back home in August completely fine.

After overcoming that sickness and studying 4 years at a trade school to become an Electrician and winning top classman of his shop, Collin realized that’s not what made him happy. He wanted to create his own business helping young entrepreneurs like him, find what makes them happy and guiding them down the right path to success.

After reaching out to Collin to get his thoughts he replied, “It was easily the biggest life changing experience anyone can ask for. I was young and didn’t really care about anyone or anything when I was in the hospital. After coming out of that hospital with all my memories and being completely fine, I realized I got extremely lucky and life isn’t to be taken for granted. Do what makes YOU happy, not someone else. There’s no need to live a miserable life doing something you hate. When you can easily do something you love and be happy!”

Now at the age of 19, Collin is an active trader in the Stock Market and Crypto Currency. Teaming up with the Money Man, Joe Still. They have created a company named TLMM “Teach learn Make Money” assisting young entrepreneurs on the path to becoming financially free.

22 year old serial entrepreneur, based out of New York. 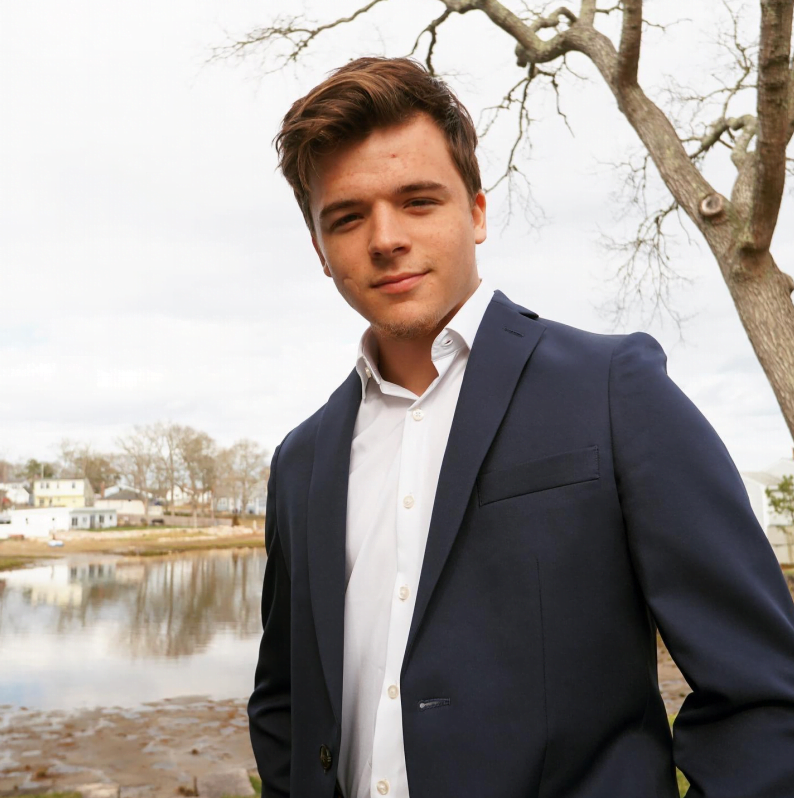 Young entrepreneur Joe still from a small town in Massachusetts, is making a name for himself in the finance space with tik tok, with an amazing amount of 100k followers on his page. While having 6 other influencers pushing the company he created TLMM “Teach learn Make Money”. The brand Joe Still has established includes a 15,000 discord member community and a full scale website for all inspiring young teens wanting to make money, including various services for all who wish to learn financial literacy.

When asked on why he continues to help others learn Financial literacy he replies – “ After the initial Covid pandemic in 2020 I was left with my landscaping business failing and not being able to graduate properly from high school. Then having been kicked out of my family’s home. And having spent that time living out of my car and periodically in the care of friends. In that time I produced a new me, a better me, a person who helps others learn what I was able to put in place and so TLMM was created”.

Starting from learning to trade in the stock market his freshman year in highschool, to then intern for a local real estate brokerage in his home town to then eventually getting into crypto in 2019. All inevitably becoming the real estate agent, crypto and stock market trader he has become.

Joe still says he spends up to 8 hours a day answering messages from his TikTok followers and is always in a planning development stage type of mindset to grow his business. He plans to have a new redevelopment and program be featured on the TLMM website to serve as a platform for anyone to come across and learn a new skill. He also wishes to develop an app for teens wanting to achieve the same success he did by giving them the resources they need. All around TLMM and the founder Joe Still are both legends in the making. You will most definitely hear more about Joe Still and his Company TLMM in the near future

22 year old serial entrepreneur, based out of New York.

When Beauty Meets Brains: The Story Of The Fashion Icon Joanna Borov