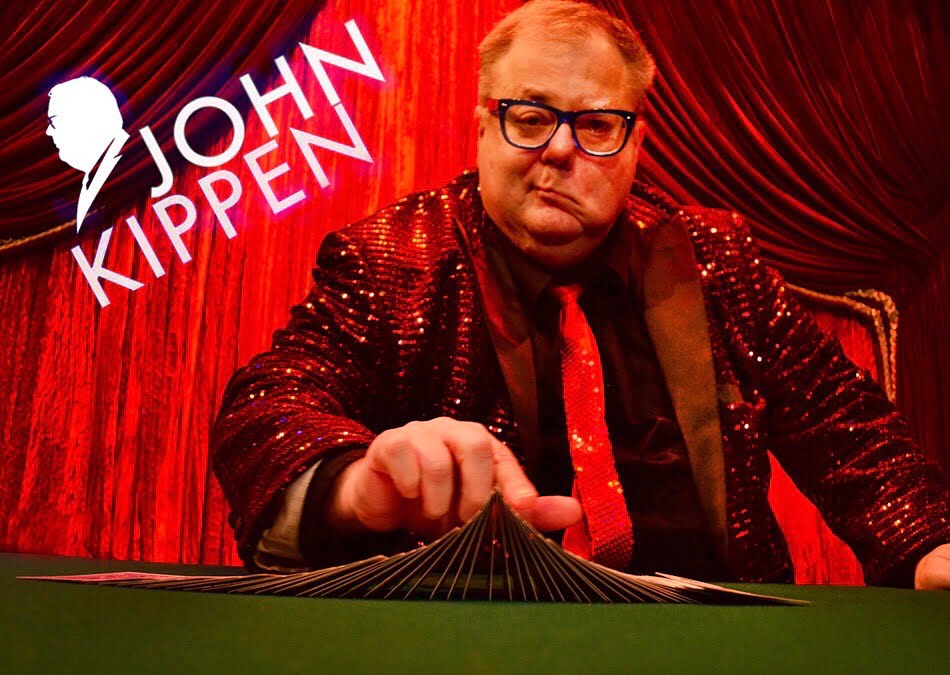 “Being different is your superpower.” That’s the motto that fuels magician and motivational speaker John Kippen.

He knows what it is like to come from a place that is different from the rest of the world. But this didn’t stop him from achieving success and helping others do the same.

“My story comes from my experiences and my heart. Overcoming the adversity of brain tumor removal and subsequent facial paralysis gives me a unique perspective on how to turn a difference into a superpower,” he said.

How did performing magic become John’s superpower? When he was going through the trauma of a brain tumor removal which left his face partially paralyzed, he had to find something that would keep him going. That’s where magic came in.

Through performing magic, John was able to build up his self-confidence. He said that the more he performed, the more he was able to stop hiding from the world and accept his facial difference.

Eventually, he came to terms that his difference didn’t define who he was and what he’s capable of achieving.

John didn’t want to keep this revelation to himself. He knew that if it could help him get back out in the world, then maybe it can help others as well. And sometimes before walking down a better path, people just need the right push from another person who knows how it feels to be in their situation.

So to make sure that he had the audience’s attention, John added magic to his repertoire, making the experience more fulfilling to those who have seen his shows.

Presently, John hopes to get his message of motivation across to adults from the age of 16 to 90, anyone who has dealt with adversity in their lives and finds themselves hiding from life.

During the past six years, John has performed over 6,000 shows for anywhere from three to 700 people. In each performance, audiences leave not only entertained but inspired to change or except what they donʼt like about themselves.

“I find that my actions speak as loudly as I do which immediately gives me authenticity. I take interest in my audience and make the magic about them and I am just the conduit,” John said.

John also spends a few hours managing his bi-coastal service company. But most of the time, he’s dedicated to developing new magic tricks to help him get his message across better.

His current goal is to get on as many stages as possible and publish his book which will allow him to reach more people and relay his message of inspiration.

To see his recent critically acclaimed short  film about his journey visit www.ifjohncan.com/documentary

For more information on how to book John to speak and inspire  your group, visit www.johnkippen.com.