Joshua Wallace Aka Cheedoe is going to release his new album, "Born Leader," on all of the major music streaming platforms 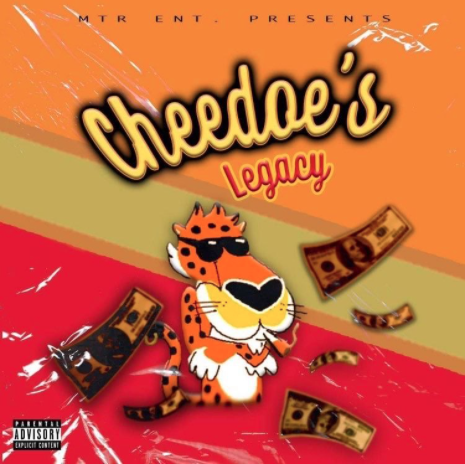 Joshua Wallace stage name Cheedoe aka Mroyeah, born in Milwaukee, Wisconsin, is a music recording artist better known by the stage name Mr. OYeah.Mr. Oyeah was born and raised in the city of Milwaukee, which is located in Wisconsin.

Joshua Wallace is a creative composer who not only writes music but also composes songs for other artists. He invested a great deal of feeling into creating his songs. The rapper and songwriter is a genuine wordsmith and talent.

A conversation with Cheedoe yielded this quote:

“Rap to me is a fantastic stress reducer.” I started writing when I was eight. I am the author of approximately two thousand songs.

Right now, Cheedoe is working hard to make his new album, “Born Leader,” accessible on all digital distribution platforms. Joshua has been increasing the pressure, and he is not showing any signs that he will be slowing down as he unleashes a barrage of undiluted bangers of every musical type for his followers and supporters. RichySlimms, born and raised in Milwaukee, also served as the producer for the album by Cheedoe BornLeader.

Cheedoe has just recently released a new song with the title “For The Low,” and the response that the song has received from his followers and supporters has been positive. Cheedoe’s followers and supporters have been appreciative of the song. Cheedoe is a master tactician in the music business who continues to break through walls in the music industry daily. Cheedoe is considered an industry expert even though he has only been making music for a limited time.

One of his accomplishments is the ownership of the record company “MTR Ent” (which stands for More Than Rap Entertainment). His record label is one that was founded on principles, and it is dedicated to providing high-quality music for music heads all around the world, not just those living in the streets. Because he is signed to this label, he has shown the community and the younger generation that it is possible to rap about a range of subjects, which is a testament to the versatility of the art form. Because his work spans a wide variety of musical styles, it is obvious to everyone who has listened to even a single piece of his music that he is an extremely flexible artist.