Talented Artist Patrick Lew Hayashi Brings All The Amusement For You 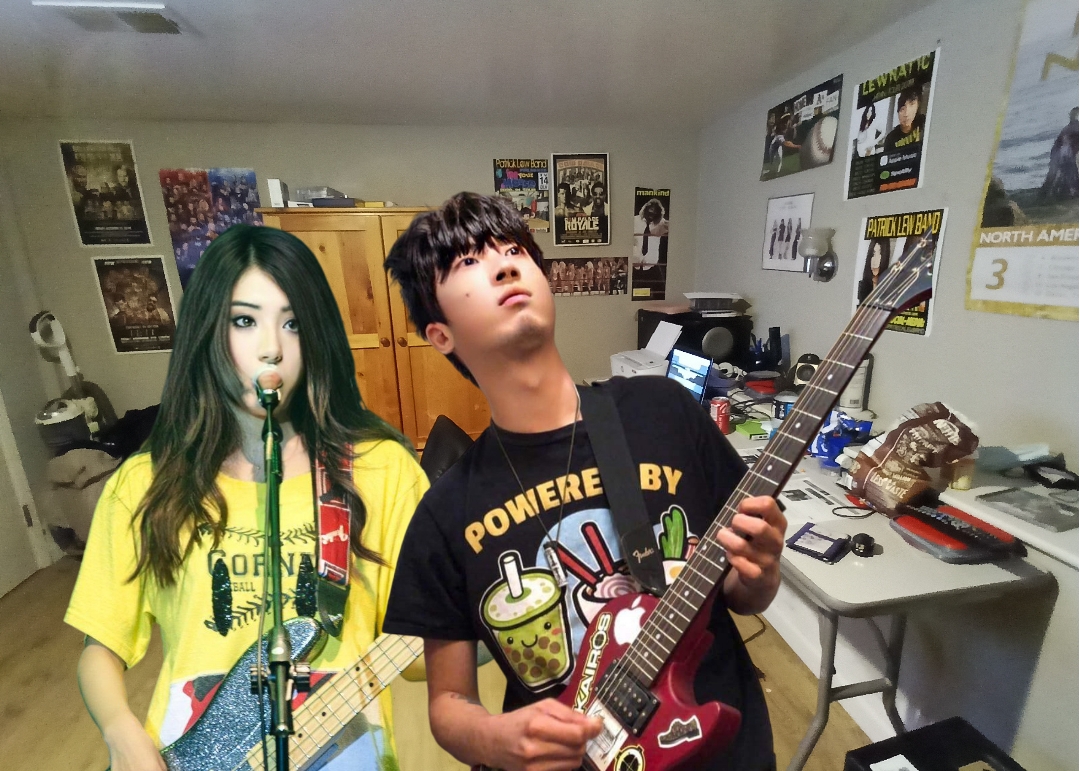 Want to enjoy new and interesting songs or unique and entertaining YouTube content? Patrick Lew Hayashi is the guy for you. He has been creating amazing and amusing content in terms of songs and videos for 20 years. The idea of making a fictional character of his sister Medaline and starting a band named Patrick Lew Band (PLB) with her is humorously intelligent. This idea is getting a lot of attention.

Patrick Lew is an Asian-American multitalented artist, possessing the incredible skills of a singer, guitarist, multi-instrumentalist, and YouTuber. His style is mostly Hard Rock as he has a fondness for all the genres. His sole purpose is to create vibe music to save people from negativity by amusing them through entertaining songs. Regardless of no support from around him, he smiles and puts smiles on other people’s faces. Patrick Lew was born and grew up in San Francisco to a Japanese mother and a Chinese father 1985. Being a 90’s kid, he creates many nostalgic videos, such as the one he recently made, a 90s theme documentary about his journey.

Patrick fell for music at an early age. The childhood of Patrick Lew seemed good enough to an outsider, but he was facing a lot. His grandfather, who was as close as a best friend to him, died in his childhood. Plus, he was facing a lot of racism and negativity in school and other surroundings. Patrick turned to video games, television, and professional wrestling to get rid of all the negativity. He also fell for music as it distracted him.

Patrick’s parents’ love for music also played a part in creating a music fondness in him. He grew up listening to his mother’s favorite genre, classic rock, by The Beatles and Stones, and his dad’s favorite funk, R & B, and Motown music.

The Start of a Musical Journey

Patrick’s musical journey began in 2001 when he was just 16 years old. He would create mixes for solo and high school bands and upload them on social media sites under multiple band names. After finishing his schooling at Wallenberg High School, he got admission to CSU East Bay and graduated with a bachelor’s degree in Philosophy with a minor in Music Composition. The band also ended up with the name Patrick Lew Band then.

Today, he has a number of songs uploaded on various music websites such as Apple Music, Spotify, etc. His most famous works are Glaring Dream, Badlands, Try a Little Harder, Chasing Reality, Orgasm, and many more.

Patrick has one real brother, Ricky Lew, but he always says that he has two siblings. The other is his fictional sister Madeline, whom he created to make entertaining content. Madeline is Patrick dressed as a girl. He used this character for making music as well as making YouTube content. He even made a separate channel on YouTube in her name where he uploads funny content.

Patrick received a number of naming achievements which spread his fame a lot. For example, he was the first Japanese-American male to receive the honor of 40 Under 40 Hall of Fame in 2019. He got a lot of appreciation for his work under Patrick Lew Band at the age of 33.

Patrick is not stopping here though. He is ready for more struggles in the future for his fans. He is currently working on a project which he is going to launch soon. Keep following him on social media for more updates.