The Journey of Monsta Yo 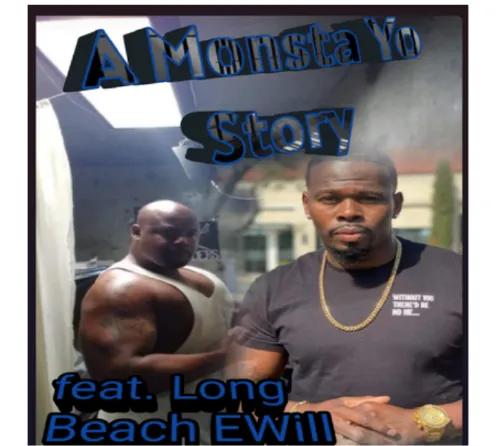 Monsta Yo has exploded on the scene with the new hit “A Monsta Yo Story” Monsta Yo feat Longbeach Ewill.

The song is a powerful introduction into his life story of being incarcerated since the age of 16, spending 17 years of his 27 years confined in solitary confinement. And coming out of solitary confinement teaching people life lessons with the hopes of transforming the Young minds who are influenced by the negative culture surrounding the urban communities.

Monsta Yo, brought up on the east side of Long Beach California. His life was not an easy road. He struggled through and through. And even though he found himself incarcerated, he discovered a freedom in music in a way that liberated him mentally and spiritually. It was through his music where he found his therapy and was able to release his pain while at the same time teaching valuable life lessons that would influence a generation. Monsta Yo has collaborated with some of the best of them. Kurupt from the Dogg Dound, DW Flame, Young Buck, Jason Statham from the movie The transporter, Planet Asia, Realz Sinatra, Small Will, Lord Daze, Compton Menace, Jarren Benton,  and the prolific ghetto harmonizer LongBeach Ewill.

With his new hit he shows that he is a force to be reckon with from a prison cell. And that change is possible if you only have the audacity to take the initiative to transform yourself.

He is definitely not the person he came in as. While in prison he earned several degrees, became a mentor, donated to charities, “he is the newest face to “Rebuild Your Laugh Prison Refinery Department: where he teaches young men that there is redemption even after your mistakes” and has become a spokesman for suicide prevention in the inner cities. He knows pain. He knows losses, he knows struggle. And it has been through all of that that he realized that becoming the captain of his destiny was something that he had to do in order to be his best self and give his best self to the world. He is an  inspiration to those who think that their life is over when the trials and tribulations afflict their lives. And when he is free he will continue to change the world one person at a time.

So you all go and support the journey of Monsta Yo. Because he is someone to pay attention to. He is surely a rising star.

So let us all say #freemonstayo

For more content like this, check out: Eric Williams, aka Long Beach Ewill Is Here to Take Over – REDx Magazine

‘Skylar Moon’ on his way to Soundscape

Eric Williams, aka Long Beach Ewill Is Here to Take Over