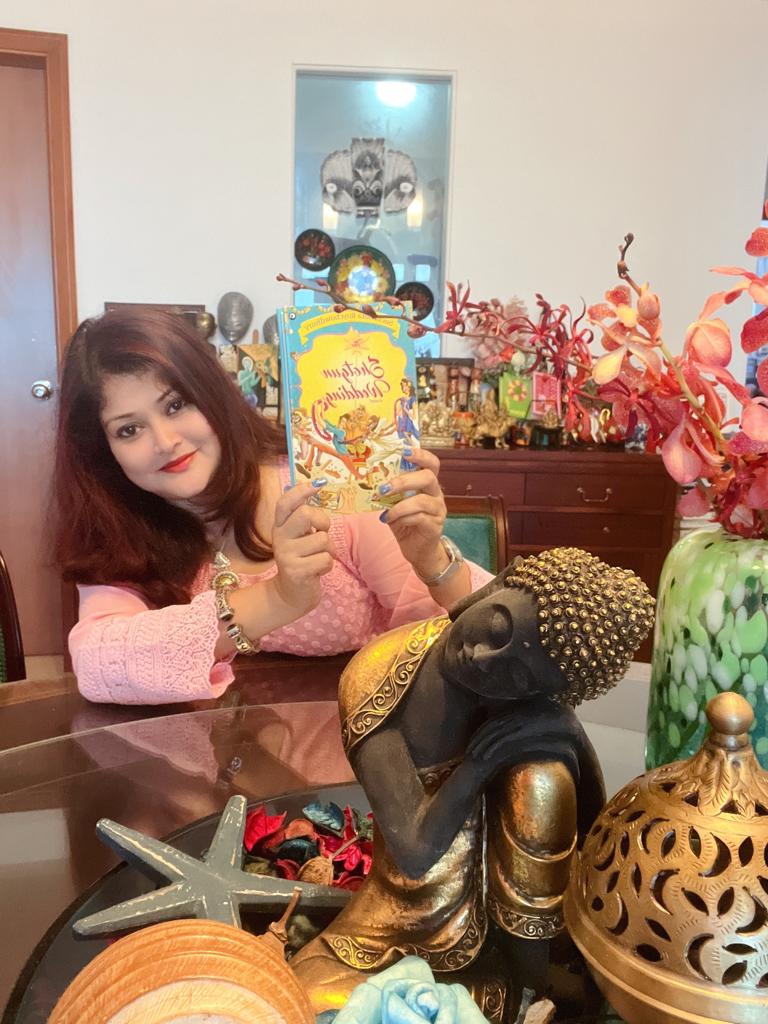 The ebb and surge of life comprises of stories, some told, some untold. The journey itself is multidimensional, a feast of sensations, a deluge of emotions, woven with intricate threads of reality, ambition, love, frustration, betrayal; you really have to be on the write-side of the story to fathom out just which strand can be drawn out into a narrative you would dearly love to have an audience for!

Such was the journey of “The Shotgun Wedding”, following the bewildering career trajectory of its protagonist, Dita Roy, a city-bred woman, who lands herself a job as an English Lecturer in an obscure college in rural Bengal. Here, in the village of Phulpukur, Dita meets a rumbunctious set of people who are inextricably linked to the somewhat dubious functioning of the college. The curious diorama of characters ranges from wily politicians like Palash Bose with powerful mafioso contacts, reformed family members of an erstwhile dacoit like Aditya Pundit and his sons, shrewd and scheming businessmen like Girish Sarkar, wayward student activists like Rajeev and Utpal, and a mysterious stranger with startling grey eyes – Raja. Raja is an enigmatic presence who haunts Dita’s conscious thoughts even as she tries to come to terms with the bizarre set of circumstances that unfolds around her.

Though set primarily in rural Bengal, in the sleepy little village of Phulpukur, the narrative swings back and forth between Phulpukur and Kolkata, engaging with the urban/rural dichotomy of its characters. Thus, while Dita hails from Kolkata, she has to meet the challenges of the patriarchal set-up of her workplace in Phulpukur; conversely, Raja starts out from the village, struggling to find his place in the great world beyond. The shotgun wedding stands as the climax to their hilarious adventures and misadventures, spinning out into a crescendo of chaotic events that are covered on national television by the media sensation, Chirag Mukherjee.

Germane to this story was a transient stint of my own professional life, a brief period during which I served as Lecturer and Acting Principal for a remote college in West Bengal. On a retrospective impulse I have travelled back to moments that intrigued me, ideas that challenged me, memories that befuddle me and out of it all I have tried to craft a narrative, using hard facts interspersed with flights of imagination that delves with subtle humour into chasm of educational politics in Bengal.

The sparkling heart of “The Shotgun Wedding” however, is the breath-taking bond between Raja and Dita, a flame that smoulders through the novel despite Raja’s deceptions, Palash Bose’s aggressions and Dita’s own jejune beliefs. It begins on an innocuous note with Dita mistakenly identifying Raja as an urchin who works in Gopal’s canteen and serves her tea. Yet with time, their relationship encounters unfathomable turns leading up to their unexpected presence in the infamous shotgun wedding.

Incorrigible bibliophile, travel enthusiast and art aficionado, Suchandra lives with her husband and son in Bayshore, Singapore. Originally from Kolkata, India, Suchandra is an educator with teaching experience of almost twenty odd years, in India as well as in Singapore. In Singapore, she has been associated with GIIS, since 2013, in the capacity of IBDP English Language and Literature as well as TOK teacher. It has been a fulfilling experience thus far.

Suchandra has been a student of English Literature and obtained the degree of Master of Arts under Presidency College, Calcutta and pursued MPhil in the University of Calcutta. After having cleared NET (National Eligibility Test) she had the privilege to teach in several reputed colleges in Kolkata, including Rani Birla Girls’ College and Lady Brabourne Girls’ College. Literature has been a life-long passion for Suchandra, and she has dabbled her hands in creative pieces which have been published in the Journals of Calcutta University as well as Shakespeare Society of Eastern India and Tagore-Gandhi Institute. “Shotgun Wedding” is her first attempt in essaying a novel, inhabited by characters caught in an outlandish satire. Currently her debut novel is on the Best Seller List of Aleph Book Company, who are the publishers for “The Shotgun Wedding”.