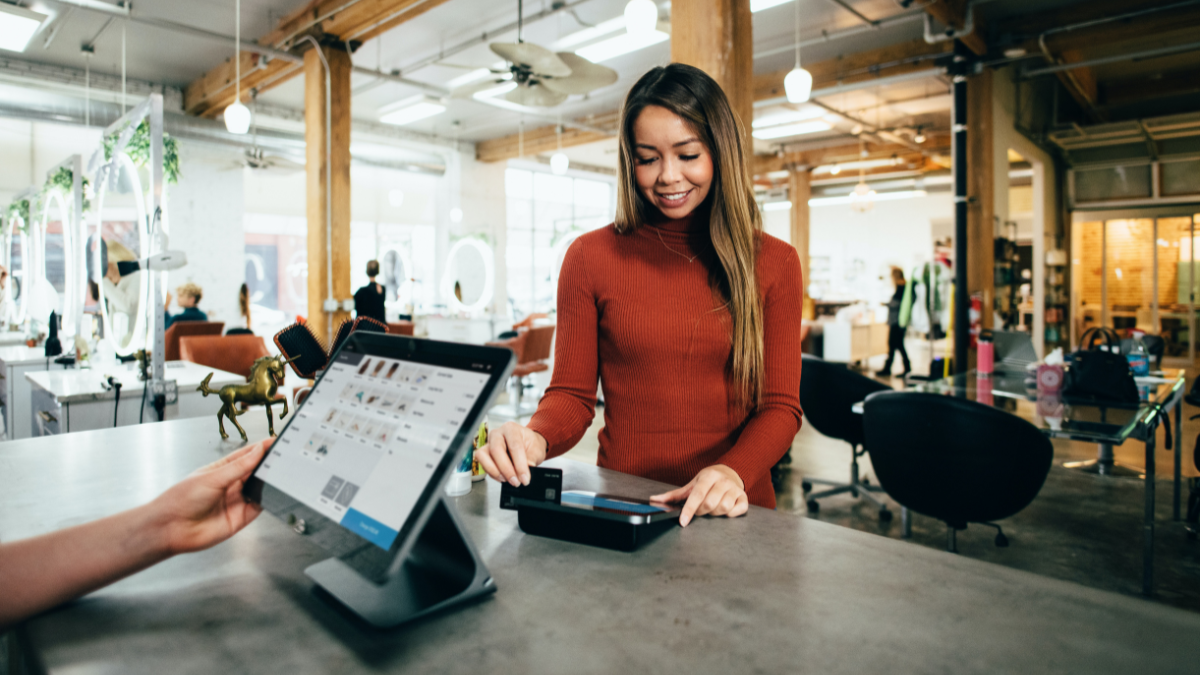 One of the huge advantages of being a personal friend and strategic partner of Jason Miller is being on the inside track of his Strategic Advisor Board (SAB). If you’re unfamiliar with SAB, I strongly recommend you look into them. In a nutshell, SAB functions as a streamlined advisory-based partnership, sort of a virtual incubator. Working with both startups and well-established businesses, Jason’s team of experts serve as a brain trust to help business owners accelerate the growth and profitability of their organizations.

An enormously successful entrepreneur in his own right, Jason has attracted highly experienced and street-smart professionals from all walks of life and vertical markets. He calls them the “Power of 10” and each of them bring their own set of skills and expertise to solve the challenges faced by their clients. I’ve been fortunate to have been a SAB client since the early days of Imperium Authority and the degree it has made me a better CEO and more effective public relations agency is hard to overstate.

The way SAB is structured is a lot like the “keiretsu” model common in Japan. In post-World War II Japan, the keiretsu approach emerged as a way for businesses to grow and become profitable rapidly through interlocking relationships and informal commitments to buy products and services from one another. The premise is simple: when entrepreneurs band together and patronize each other’s businesses, there’s a multiplier effect of revenue creation and success. That’s the ‘special sauce’ of Jason Miller’s SAB organization.

On an ongoing basis, the members of the Power of 10, many of whom meet daily on screen sharing sessions, provide consultative services to SAB clients and often give each other help with their own businesses. Jason himself operates 7 enterprises, all of which are continually in expansion mode and extremely profitable. As a SAB client myself, I’ve benefited from several relationships which grew directly out of the SAB network.

One of my favorite people who provides Imperium Authority with services is SAB Board Member, Will Black. He’s one of those rare people you simply have to call a genuine innovator – in his case it’s as a maverick in the famously stodgy and conservative financial services sector. Will’s company, Sharing the Credit is singlehandedly transforming the merchant account industry with his disruptive business model. If the term merchant account doesn’t sound familiar that’s because it’s more commonly referred to as credit card processing. Of course, virtually all businesses have to provide their clients with a variety of payment options, with credit and debit cards being one of the most essential.

When I needed to get my own merchant account, Jason had just three words of advice: “Call Will Black”. Following a brief pause, Jason mentioned that every enterprise associated with SAB has Sharing the Credit as their processor. I asked why. “People doing well like to do good at the same time”, he replied.

Although I missed the meaning of that statement at the time, it came into focus as soon as I had Will on the phone. A true Southern gentleman in the traditional sense, Will’s company is headquartered in Savannah, Georgia. I was immediately charmed by his down-home style. But what really got my attention and respect was his uncompromising drive to help CEOs like myself understand and take advantage of having a merchant account, all while making juicy donations to charities of their choosing.

Once you hear how he accomplishes this, I’m pretty sure you’ll be connecting with Will yourself. But, I’ll let him tell you what he does and why it’s so compelling in his own words. Here’s the secret to becoming a big time philanthropist while elevating your business profile, according to Will Black:

Why doing good is good business

Have you given to a charity recently?

If you’re like most Americans, the answer to that question is a resounding “Yes!”.

Why is that? The simple fact is, most of us are kind, good hearted, and yes, generous.

When the average person hears about a disaster, here or overseas, they instinctively want to help. However, unless you don’t have day-to-day obligations such as a full-time job, children to raise, family to care for, and leisure activities, you probably can’t just hop a plane and provide assistance on the ground. For most of us, dropping everything and traveling to where the earthquake, hurricane, tornado, or other catastrophe has hit simply isn’t an option.

The dilemma is similar for other worthwhile causes such as diseases which need curing, veterans in need of shelter and financial help, endangered animals needing protection, and so on.

So, where does that leave those who want to help? For the vast majority of concerned citizens, donating money is the best way to make a difference. When it comes to assisting those in need, finding a cure for disease, providing food, medicine, education, or a roof overhead – “money makes the world go around”, as the expression goes.

How common is this basic human desire to provide aid to those less fortunate, born in developing nations, or unlucky enough to be victimized by a disease or disaster? According to a 2021 survey by LendingTree, over half of Americans (59%) donated to charity last year. Baby Boomers led the way with fully 60% giving, making an average donation of $574. Although fewer Millennials gave, their average gift of $637 topped the list for generosity.

Interestingly, despite the COVID-19 pandemic, Giving USA reports that charitable donations went up 5.1% in 2020, hitting $471.44 billion, the largest amount ever in a single year (compared to $448.66 billion in 2019). In fact, the authors of the study credited the global pandemic for prompting an increase in charitable donations due to the resultant economic crisis and efforts to address racial and economic disparity laid bare by the pandemic-related health crisis.

Which categories of charities typically garner the most support? Your local food bank is the most popular target, followed by religious organizations, and then animal and wildlife care organizations such as the ASPCA (American Society for the Prevention of Cruelty to Animals), Animal Welfare Institute, World Wildlife Foundation, etc. Charities with a focus on economic and social justice and veterans continue to earn the support of the public, in part due to the volume of news reports on these complicated and emotionally-charged subjects.

Let’s turn your business into a giving machine

Amongst all of this giving there’s a little-known fact which might really surprise you. Did you know there’s an easy and enormously personally advantageous way for you to become a major donor to your favorite charity?

I know what you’re thinking – how in the world could I become a high profile philanthropist?

Let me explain. Practically all businesses accept payment with credit and debit cards. Your business almost certainly does and you’ve probably been doing it since the day you opened your doors. What you are likely unaware of is that your choice of credit card processor can really make a difference!

Obviously you want competitive transaction rates to avoid unnecessary costs on each sale. Transaction percentages vary wildly and some of the most high profile processors such as Square and Stripe do not offer competitive rates. Others tack on a monthly fee, either instead of the transaction fee or in addition to it. If you’re in a high volume business, obviously per transaction fees can really add up.

But there’s a secret even entrepreneurs with decades of experience accepting credit cards don’t know: A healthy percentage of the merchant fees accumulating from orders you process could be diverted to the charity of your choice.

Think about that for a minute. Instead of these funds going entirely to the company you have your merchant account with, you could instead choose to name a charity and then sit back and watch hundreds, and even thousands of dollars, flow directly to a charity in the name of your business.

Imagine how much money that would have been if you had known about this five years ago. Or ten years, or twenty years earlier? But, don’t despair. Now is always the right time to do the right thing.

The magic of transactional volume

How is this possible and how does it work? It’s actually so remarkably simple that it’s surprising it isn’t done more often. I only discovered this myself by a happy coincidence.

I’m the founder and CEO of Sharing The Credit. We’re based in beautiful Savannah, Georgia, so we’re a down-home kind of outfit. Savannah is one of those friendly old Southern towns you might have seen in the movies. For example, the smash hit ‘Forrest Gump’ was shot here back in 1993, as were the Civil War epic ‘Glory’, the racing film ‘Ford V. Ferrari’ (filmed on Hutchinson Island), and even the big screen remake of the old ‘Baywatch’ television series.

You may recall the Six Pence Pub on Bull Street in the romantic comedy ‘Something to Talk About’ with Julia Roberts and Dennis Quaid. I have lunch there several times a week. And, we’re still exactly like the place you’ve seen in the movies! Located right on the coast, we’re a tight knit community of just over 145,000 people, just across the river from South Carolina. Just as you’d expect, Savannah is picture postcard perfect with trees covered in moss, cobblestone squares, horse-drawn carriages, Antebellum architecture, and emerald-green manicured lawns. But I digress. . .

The reason I started Sharing the Credit was to help as many businesses as I could divert a portion of the fees which would otherwise go to banks to organizations dedicated to making the world a better place.

In fact, my own business is completely built on the idea of giving. Around the office we say, “Doing good is good business”. We also have a very simple rule: Everything we touch gives. Once a business signs up with us, all of the ‘giving’ is done at the time of credit or debit card use. Without annoying the customer, your business can have an invisible and completely painless charitable element in how you conduct business. In the advertising world it’s called ‘cause marketing’.

Over the years, we’ve donated millions to charities and in the process have helped businesses grow and charities do more good with (unexpectedly) larger budgets. If you think I just might have the best job in the world, well, I won’t argue with you!

There is a catch, though. We have to save the business money. After all, they are in business to make a profit. That’s where the ‘cause marketing’ part comes in. There is no better goodwill than letting customers know you’re the business with a heart.

Well, that’s the secret. Did you know that 80% of all charitable giving from business comes from small outfits of less than 15 employees? It’s true. And just think, starting today, you could be among that elite group of caring entrepreneurs.

Also Read: Life and Leadership Lessons Learned in the Military