With nothing but passion, love, and dedication to the art of hip-hop, content creator Deme D celebrates and honors the culture with his youtube channel. Deme D dedicates his channel to the hip-hop scene as he serves a variety of original hip-hop related content, creating an avenue for rising artists to exhibit their work.

Contributing to the culture

Deme D is determined to make an impact on the hip-hop community as he provides opportunities for artists to get their material out there. His creativity knows no bounds as Deme D`s channel consistently feature informative shows such as:

“Who’s Next Up” – Indie hip-hop interviews

“Listen Up” – An album listening and promotion show

Deme D curates his content with intense scrutiny, making sure that quality is served with every show. When asked about this creative process, he tells us:

“First thing was seeing a market for my content, making sure I’d have consistent content. I planned for months ahead and made sure I knew what lane I wanted to be in”

A man with a heart for the art, Deme D indeed gives it his all when it comes to the world of hip-hop. This content creator knows exactly what the industry needs, and delivers it with such passion that just makes you want to jump in on whatever he is cooking up on his channel. Deme D`s mission to be an authentic participant and contributor to the world of hip-hop speaks for itself as his youtube channel Dagogeta TV makes its mark in the hip-hop scene with content that will definitely keep hip-hop enthusiasts everywhere wanting more.

With his goals clear and his mind set, Deme D eyes the expansion of his channel by putting out weekly content. He understands how hard it is but nothing can stand between a man whose heart is in the right place and his dreams. With the hip-hop scene flooded with people who care more about making big money than actually contributing to the culture, a man like Deme D is truly one-of-a-kind. He is a man with an unbreakable will and determination, driven by his genuine love for hip-hop.

Paving the way for aspiring artists

The music itself is the life-blood of hip-hop, which is why Deme D has taken it upon himself to provide aspiring artists with the exposure that they need in order to get into the game. Deme D understands the value of the new generation in keeping the culture alive, his love for hip-hop is unparalleled as he continues to serve the scene with his limitless creativity and knowledge of the art.

As the saying goes “Turn your passion into your profession, and you will never work a day in your life” Deme D`s love for hip-hop will always be evident in his works and actions on and off camera. This content creator and his heart for the art is indeed one for the books.

Marlon C
Related Topics:
Up Next

RaleTdUp is the next realest artist outta VA 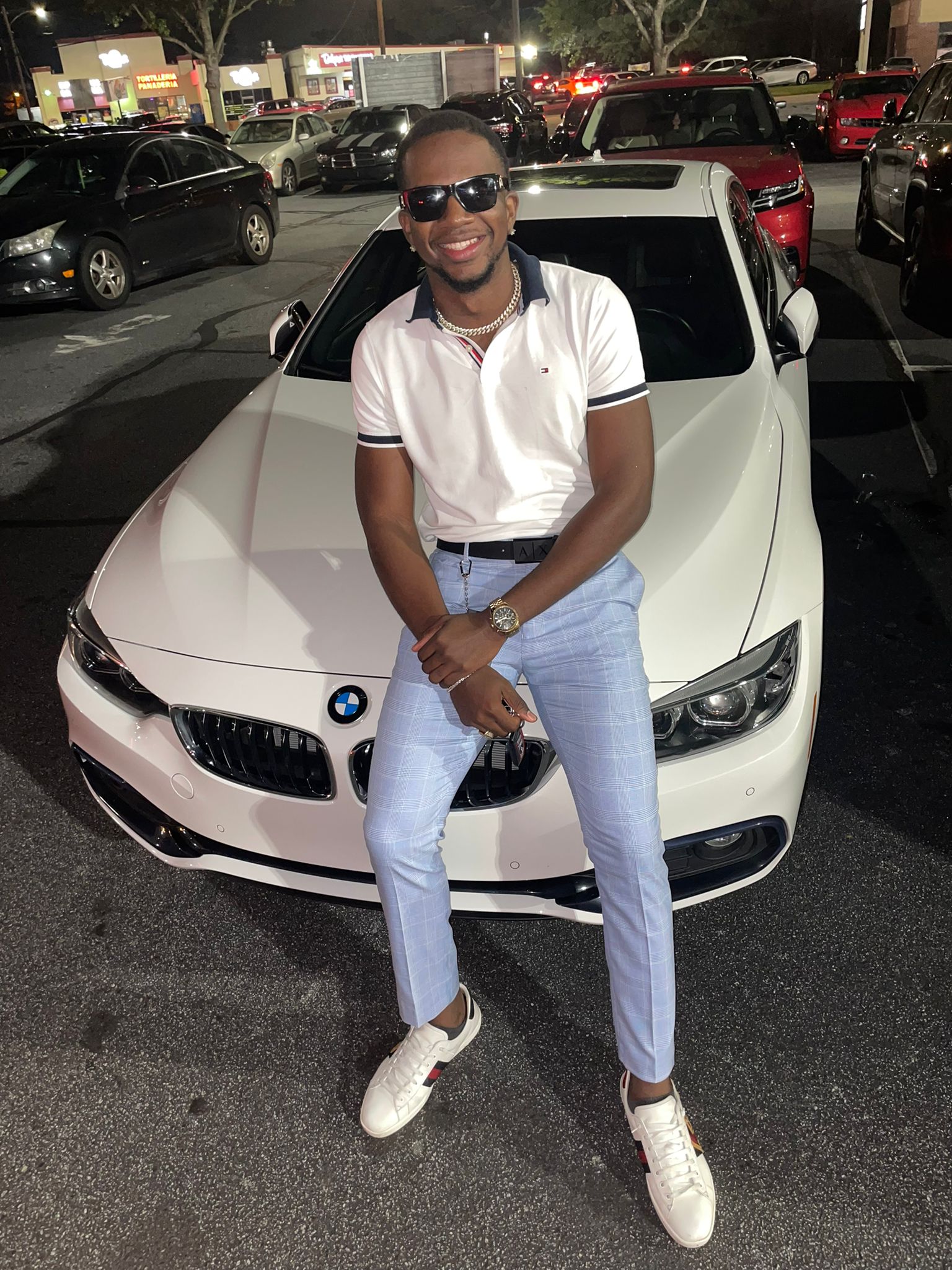 Originally from Nigeria, Glen Arisukwu came to the United States in 2014 to find his fortune. Since then, he has been working his way up until he started his career in the credit repair industry.

“My career started when I couldn’t get approved for an apartment a few years back because of my credit. I didn’t realize how big of an impact credit made in different life milestones such as buying your first apartment or car,” Glen said.

As a result, he started his credit repair journey. During that time, he said to himself that he didn’t want anyone else to go through the pressure he went through and being unable to achieve his goals.

He then founded his company, Credit Repair Nation, which focuses on helping clients repair their credit reports by removing any derogatory items through legal methods that Glen himself used and learned when he fixed his credit report.

Glen’s company isn’t the first and only credit repair company in the industry. There have been numerous ones before him and there will be more after him.

To those who aspire to start their career in the credit repair industry, Glen offers two tips:

A successful company that takes on numerous clients at a time needs to have an efficient team composed of people who share the same mindset and goals.

That’s why Glen encourages those who want to start their brand in the credit repair industry to invest in the right people who can help propel their company to high levels of success.

Having the right people in a team can get the work done faster and increase productivity because they can use their different strengths and talents for the benefit of the company.

According to Glen, before anyone in the credit repair industry can build a good team that could bring their company to success, they need to start with themselves and learn how to be a good leader.

“One of the strong values that I learned along the way is leadership and having a great mentor who can show and guide you to be successful in the business you’re trying to get into,” he said.

Since he’s keen on helping others fix their credit reports, Glen invested in himself and with his employees so that he can become a strong leader to a good team that’s working towards the same goals as him.

“Being different is your superpower.” That’s the motto that fuels magician and motivational speaker John Kippen.

He knows what it is like to come from a place that is different from the rest of the world. But this didn’t stop him from achieving success and helping others do the same.

“My story comes from my experiences and my heart. Overcoming the adversity of brain tumor removal and subsequent facial paralysis gives me a unique perspective on how to turn a difference into a superpower,” he said.

How did performing magic become John’s superpower? When he was going through the trauma of a brain tumor removal which left his face partially paralyzed, he had to find something that would keep him going. That’s where magic came in.

Through performing magic, John was able to build up his self-confidence. He said that the more he performed, the more he was able to stop hiding from the world and accept his facial difference.

Eventually, he came to terms that his difference didn’t define who he was and what he’s capable of achieving.

John didn’t want to keep this revelation to himself. He knew that if it could help him get back out in the world, then maybe it can help others as well. And sometimes before walking down a better path, people just need the right push from another person who knows how it feels to be in their situation.

So to make sure that he had the audience’s attention, John added magic to his repertoire, making the experience more fulfilling to those who have seen his shows.

Presently, John hopes to get his message of motivation across to adults from the age of 16 to 90, anyone who has dealt with adversity in their lives and finds themselves hiding from life.

During the past six years, John has performed over 6,000 shows for anywhere from three to 700 people. In each performance, audiences leave not only entertained but inspired to change or except what they donʼt like about themselves.

“I find that my actions speak as loudly as I do which immediately gives me authenticity. I take interest in my audience and make the magic about them and I am just the conduit,” John said.

John also spends a few hours managing his bi-coastal service company. But most of the time, he’s dedicated to developing new magic tricks to help him get his message across better.

His current goal is to get on as many stages as possible and publish his book which will allow him to reach more people and relay his message of inspiration.

To see his recent critically acclaimed short  film about his journey visit www.ifjohncan.com/documentary

For more information on how to book John to speak and inspire  your group, visit www.johnkippen.com. 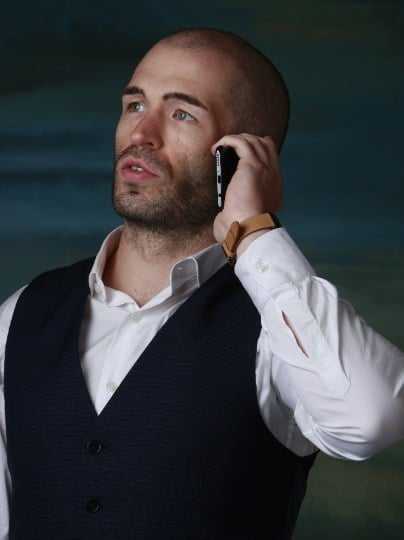 Learning a new language isn’t always as easy as it seems. Although there are dozens of apps available to make the process easier, some people find it difficult to progress and adapt to a new system of speaking a different language.

Mikel Telleria, a language coach from Basque Country, Spain, recognizes the problem behind the existing system which is why he offers his services for a more efficient approach to learning new languages.

“With my language learning system, you can become fluent in a foreign language in three months,” he said.

When teaching his clients a new language, Mikel uses a personalized plan based on input, habit building, and a focus on developing practical skills. He does this by determining his clients’ schedules and goals so he can prepare a personalized learning plan as well as guiding them in implementing these lessons step-by-step.

“For me, language learning is enjoyable and relatively easy, because I do it the right way. I see so many people getting frustrated and not getting the results they want because they do it the wrong way. It’s not their fault, that’s what the school system taught them to do. But I want to change that,” he said.

Over the years, he has helped dozens of clients learn new languages that provide them a benefit in their respective careers.

Encouraged To Make It His Career

“I had many friends who were struggling with their English and asking me what my secret was, especially after I learned Romanian in a few months, so I started helping them prepare learning plans that made sense for them. At some point, someone told me I should start charging people for it, and I realized it made sense,” Mikel shared.

So after getting his MA in Professional Translation, he began his career by translating content for tech giants such as Google, Amazon, and Facebook, and working in embassies and chambers of commerce in various European countries.

Later on, he decided to become a full-time language coach so he can have more control of his time, effort, and profits.

“I have been learning languages and experimenting with different methods for years, always looking to become more efficient at it. This is what I’m best at,” he said.

Celebrity Photographer “PhotosByZo” is taking over the game

What Inspired Nadia Musharbash To Become A Real Estate Broker