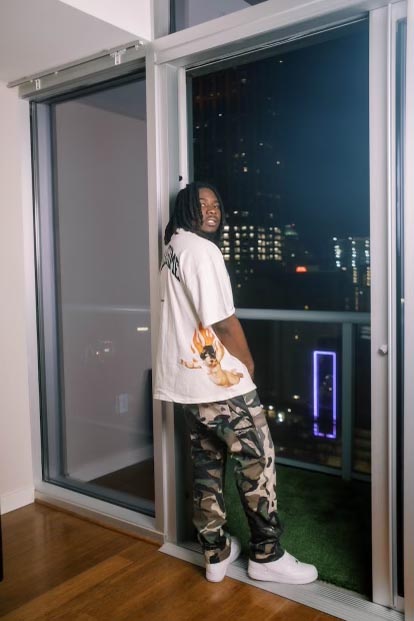 When it comes to epic directors and their work, one director in particular comes to mind for us and its none other than FilmRat.

Meet director/videographer FilmRat has been taking the industry by storm. Working with some of Atlanta, Jacksonville, and LA’s hottest artists, FilmRat shows no signs of slowing down or remaining stagnant. Filmrat’ explains that the name “Filmrat” came from the word gym rat. Back in high school he played basketball and pretty much lived his life in the gym, until one day he gave up basketball and picked up a camera. There are a few directors influenced Filmrat to start filming such as Cole Bennet, Kid Art, Jerry Production, Azae Production, and Colin Tilley. Filmrat noticed Cole Bennet to be the first director that was able to make music videos look fun out of pretty much nothing.

All of these inspirations have led to FilmRat cranking out top notch film pieces. He shoots with a RED Dragon, RED Raven, an assortment of lenses and drones, and a small team of 1-3 people. Even with a small team, FilmRat and his team manage to create some epic visuals for the talented artists that have worked with him.

In 2020, FilmRat lost his father to COVID and not long after that, lost his grandmother. At this difficult time in his life, he’s dedicated his work to his father who has inspired him to keep going and never give up. FilmRat’s work ethic just shows you how strong he is as an individual and the drive that he has, will continue to boost him forward in the industry. When George is not filming, he’s back to his gym life as of today, seeing that hard times are now behind him. He spends his free time exercising, playing video games, watching more films for inspiration, eating at his favorite hibachi spot, or vacationing in Miami FL, NYC, or LA. He aims to visit Japan, South Africa, Jamaica and Puerto Rico in the new year 2022. Maybe to get away, find inspiration or even find new talent to film.

So, how’d he do it? By keeping at it, no matter how many people were watching, and working with those he believed in and those who believed in him. The vibrant but movie feel that you get when watching his videos is definitely top notch. This director will for sure go far in all that he does.