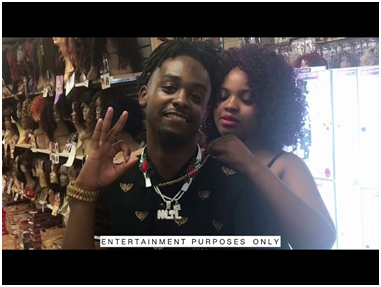 Ke the kid sets his tone as an entertainer with this video release . In August 2018 Ke the Kid could be found recording daily putting together songs in his home studio protecting his craft, just freestyle on random beats found on YouTube. After going through the material, he knew he had a major project on his hands.

With the versatility to bring the right vibe to any track, the Baton Rouge, Louisiana native delivers the single “Ancient Artifacts” Prod. Kdub. With catchy rhyming and his unique lingo the song picks up steam quickly on social media

With any single picking up steam it’s safe to say the video will most definitely follow after. January 15, 2019 Ke the Kid debuted the official music video on his official YouTube channel No Label The Label.

Ke the Kid has over 100,000 views across his YouTube channel. Ancient Artifacts has well over 20,000 Views which can be viewed in the link below.

This Video was shot by ThatsLando and guest starred Pop-Singer Lovely Peaches and The Original Acee – a good friend and professional Barber in Baton Rouge, La. all edited on an iPhone. They shot the video in a local Hair store in his hometown. Ancient Artifacts is one of His most streamed songs to date!

Click/Subscribe to the Official linktree for Ke the Kid – where you can keep up with the Latest Music, Videos, Social Medias, Press & More!!

You can listen the Ancient Artifacts at Spotify. We embed the Spotify player here only!

Toast to the Brave – Tarah Who?