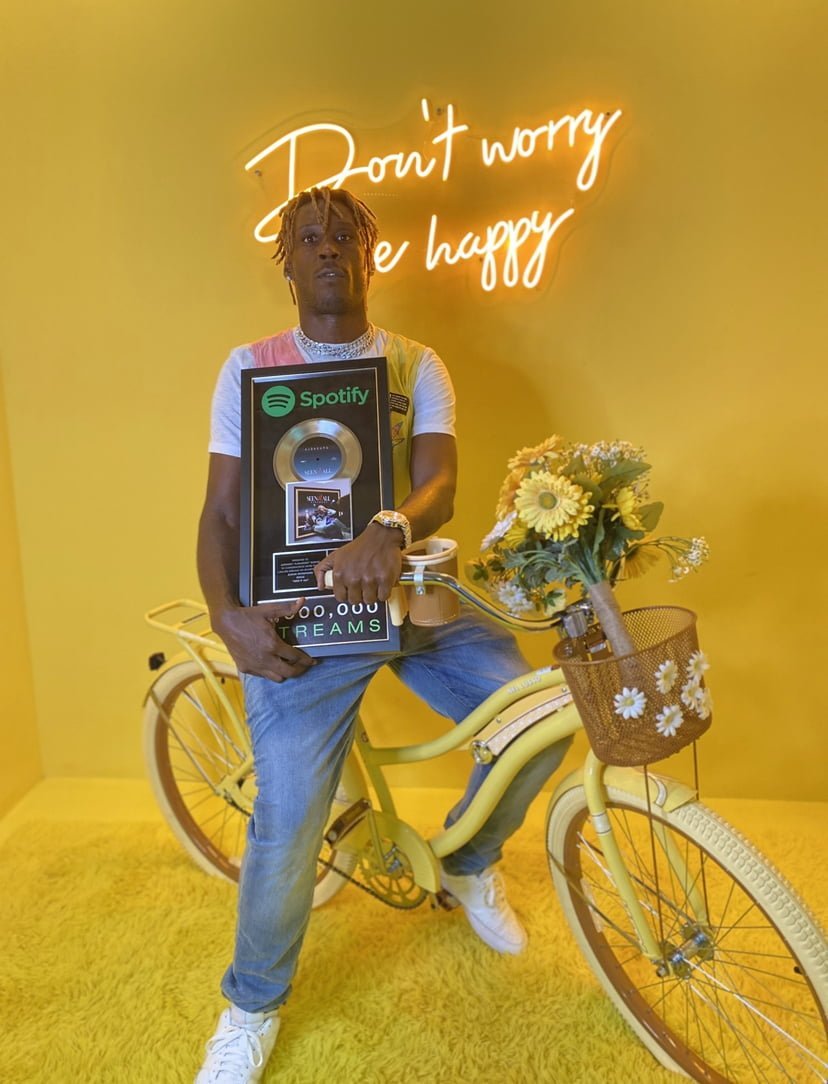 Anthony James Sledge, aka AJDaGuru, is a New Haven, CT-born singer, songwriter, rapper, and producer. He has such a unique sound that when you hear it, you know it is him. Since the age of 12, AJ has been passionate about music. In his younger years, AJ began beat-boxing and attracting many new friends who would then rap over his beats. When AJ started to see the attention he was receiving, he devoted himself more to music.

As he entered high school, AJ formed a rap group with some of his friends called CBC. The group received such positive feedback from his peers that AJDaGuru built up the confidence to further his music career. After graduating from high school, AJ quickly connected with Chicago rapper GLC. He joined forces with the rapper in 2013 and under his secondary production name Mr. Live, they released a joint effort called Ism Churchill. The mixtape also helped AJDaGuru produce for frequent Wiz Khalifa collaborator Chevy Woods and Cleveland’s own King Chip.

Despite these great achievements, AJ did not give up on his career. In 2015, he released Livestrumentals Vol.1, an instrumental mixtape consisting of 18 tracks ranging from Soul, R&B, House, Trap, and Hip Hop. In the following year, AJ released Livestrumentals Vol. 2, which leaned more towards a Hip Hop and Soul feel and was well received by both artists and fans across the globe. Both releases gained AJDaGuru great exposure, helping him advance in the music industry.

The singer-songwriter took a brief hiatus and returned to the music scene in 2020 with “Sledge Family Rules.” This instrumental release went on to make the iTunes top 200 charts in South Africa at number 43. As a result of the success of “Sledge Family Rules”, AJ set out to begin working on his debut album, A Different Side Of Me. Two tracks from the album have been released thus far, “Seen It All” and “Love Yourself.”

In “Seen It All”, AJ reflects on his early years when he tried to make a way out of the street life. But in “Love Yourself,” he explains how to love one another and take care of ourselves. Right now, both songs are dominating the airwaves and have been streamed by the millions. In addition, AJ’s song Love Yourself has also seen great success after debuting on the top 200 US charts on Spotify. We don’t have an official release date for A Different Side Of Me, but we do know the collection is expected to hold 10 tracks produced by AJDaGuru himself.

With all the accomplishments AJDaGuru has made in his career, It’s safe to say he’s dominating the music industry and doing so with raw talent. Not only has AJ started his career early, but he has also stayed consistent in the music business whether it be producing for a mainstream artist or singing and rapping over his own productions. He’s shown time and time again that he will not give up and continue to chase his dreams no matter the stakes.

Prince Abbasi: Is Making Sure He Leaves His Mark Not Only In Music, But Also The Crypto World