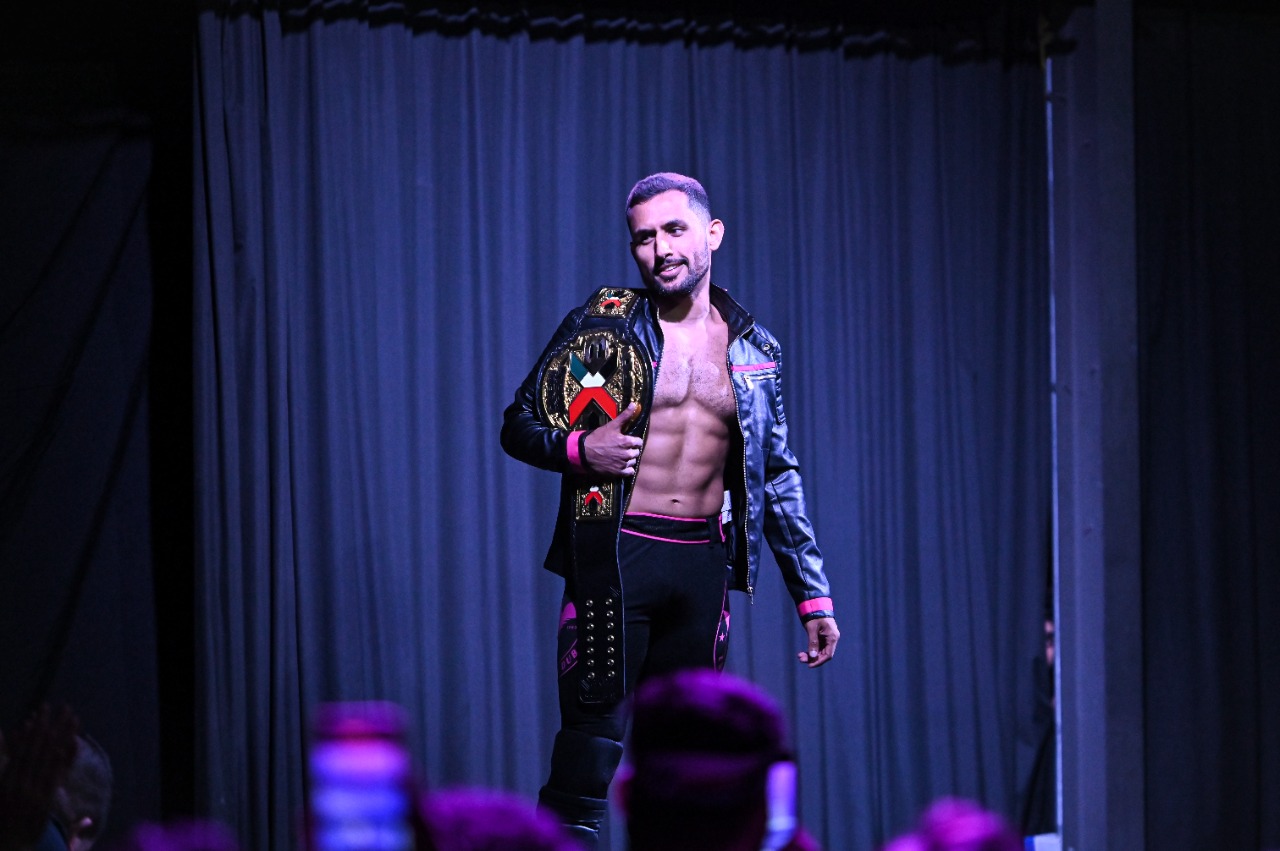 Shaheen, Dubai’s inaugural World Wrestling Champion, tells us how ecstatic he feels after discovering he’d be featured on the prestigious WWE Network. In 2022, he has been spearheading the wrestling revolution in the Middle East, with a lot to come in 2023. It is one challenge Shaheen is looking forward to, and he is all set to fight to the top.

Already making waves locally, Shaheen is looking to boost the wrestling movement in the Middle East as he believes there is a lot of talent just waiting to be discovered and nurtured. The Middle East is a region with almost negligible representation in the wrestling field. Shaheen believes he can change this factor with his vision to compete in more countries overseas and to nurture his peers at WrestleFest DXB.

Shaheen had already carved out his niche by competing overseas in December of 2019 as the first Emirati to do so. Now he plans to attract more talent to the sport of wrestling to have better representation on the global platform.

Riding on the high of working with the UK’s leading independent wrestling promotion ‘PROGRESS’ & with the news of  being featured on the prestigious WWE Network in January next year, Shaheen hopes to identify, motivate, and bring more talent from the Middle East region to the forefront. Representing Dubai worldwide has been a lifelong dream for Shaheen. With more recognition, he aims to do a lot more for wrestling in the region.

Performing more overseas and wrestling in other global promotions are also a few of the many things on the list of this homegrown wrestler.

That, on top of working alongside his peers on the growth of the local wrestling scene in Dubai, WrestleFestDXB, he hopes to make it a great platform to showcase local talent and attract even more in the Middle East.

Wrestling is a growing industry in its infancy stage here, and Shaheen has already captured the hearts of the fans with his captivating performances. Dominating in the ring, Shaheen is leading the movement of making wrestling shows a must-see not only in the Emirates, but in the Middle East as a whole.

WrestleFest DXB hosts monthly live shows at Warehouse Four in Dubai’s Al Quoz,  where they captivate their ever growing audience. Since its inception, WrestleFest DXB has been growing by the day and are set to become much more popular as it just partnered with Virgin Megastores to be their official ticket distributor.

The diversity the wrestling participants display in these shows is exemplary and hard to miss. WrestleFestDXB live shows have already become the talk of the town, and the backstage talk along many of the world’s top wrestling performers. Shaheen dreams of bringing the Middle East as a leading competitor in wrestling sports and hopes to achieve this one day.